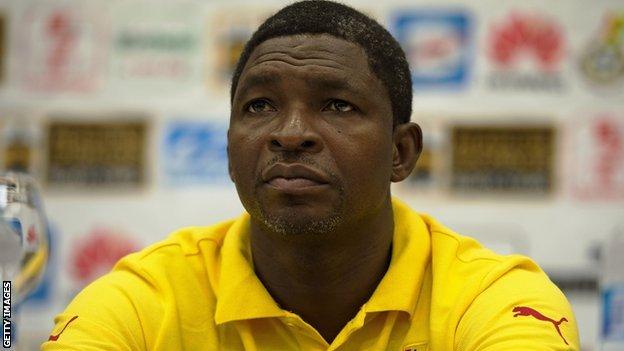 Injury means Ghana will be without the influential pair of Asamoah Gyan and Kwadwo Asamoah for their final two 2015 Africa Cup of Nations qualifiers.

The Black Stars are top of Group E as they travel to Uganda on 15 November before hosting Togo four days later.

Both players are ruled out with knee injuries for the matches.

Gyan's absence means Ghana will have to do without their top scorer in the qualifiers, with three goals in four games.

In his place Emmanuel Osei Banahene, who plays his club football in Saudi Arabia, gets a first call-up to the senior national team.

There is no place in caretaker coach Maxwell Konadu's squad side for Stromgodset goalkeeper Adam Kwarasey following his fall-out with the technical team after the 2014 World Cup.

Anderlecht's Frank Acheampong has also been ignored despite a recent run of good form for the Belgian side.

Ghana know a win against Uganda in Kampala will see them qualify for the Nations Cup finals for a fourth successive time since hosting the tournament in 2008.

Konadu will take charge of the two games before handing over to former Chelsea boss Avram Grant, providing he can agree financial terms with the Ghana Football Association.