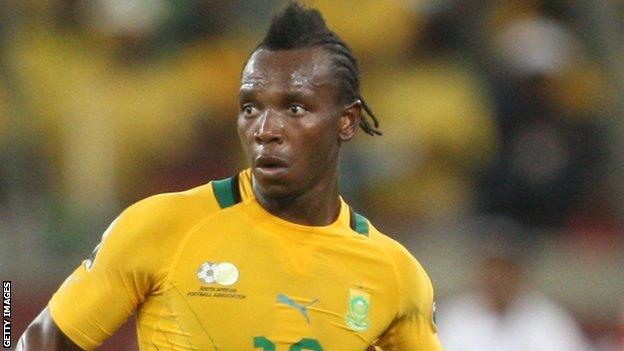 South Africa have vowed to never again select May Mahlangu after he missed a training camp because of fatigue.

The Sweden-based midfielder, 25, failed to join the team this week ahead of their Africa Cup of Nations qualifiers.

Coach Ephraim Mashaba said Mahlangu sent an email explaining he had played many games recently and needed a rest.

South Africa Football Association chief executive Dennis Mumble said: "We will not tolerate an individual who does not take national call-ups seriously."

Bafana Bafana play Sudan on Saturday and Nigeria the following Wednesday in their final two qualifiers for next year's finals.

They need one win to qualify for the tournament, which is without a host following the withdrawal of Morocco.

A new host will be announced within two to three days, according to the Confederation of African Football.