An exquisite finish from Shaun Maloney gave Scotland all three points in a hard-fought match against the Republic of Ireland.

Maloney's curling effort was enough to deliver a crucial win for the home side.

They now sit level with the Irish and Germany on seven points - and three behind Poland - after four games in Group D, in the quest to make it to Euro 2016.

But which of Gordon Strachan's side shone at Celtic Park?

He didn't have much to do in the game. His kicking wasn't particularly good when he was called upon, but it was a relatively quiet and solid game for the goalkeeper.

A good performance from the right-back. He managed to get forward well and put in some crosses that looked dangerous - and did what he had to do. 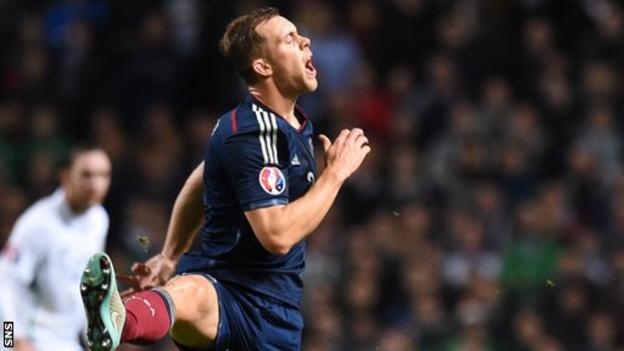 It was a physical battle on the pitch and I felt that the central defender stood up to that side of it particularly well, looking strong throughout.

Again, the central defender got involved in the physical element of the game and put in an impressive showing but perhaps didn't use the ball as well as he could have at times.

Had he played as well in the second half as he did in the first then the left-back would have been my man of the match, without doubt. He showed just what a bright prospect he is.

I am giving the midfielder such a high rating for his match-winning goal alone - it was a fantastic strike. He was a small player in a tough and demanding environment out there, but he didn't look overawed. 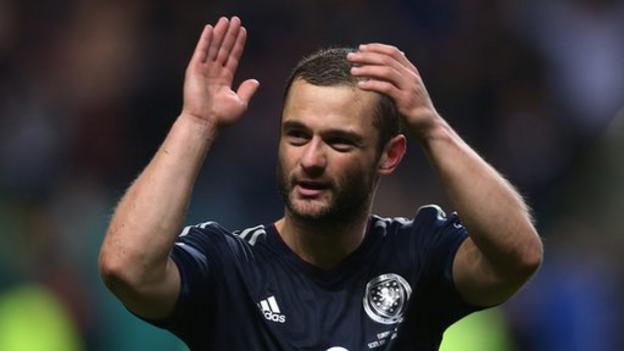 The best man on the park, no question about it. He commanded the midfield excellently, taking control and looking good for the entirety. A stand-out performer. 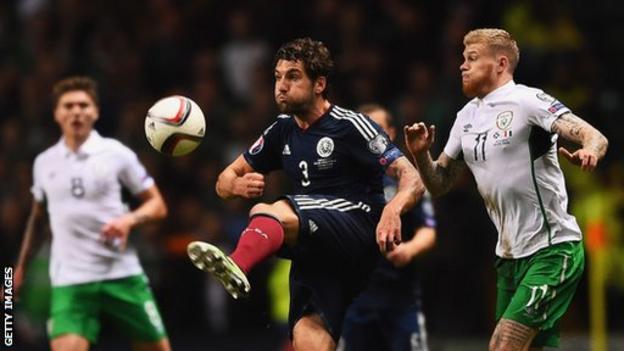 He is always a good leader and is very influential no matter the game he is playing in. However, I thought he didn't show this as well against Martin O'Neill's men. He didn't have the control of midfield we are used to seeing. 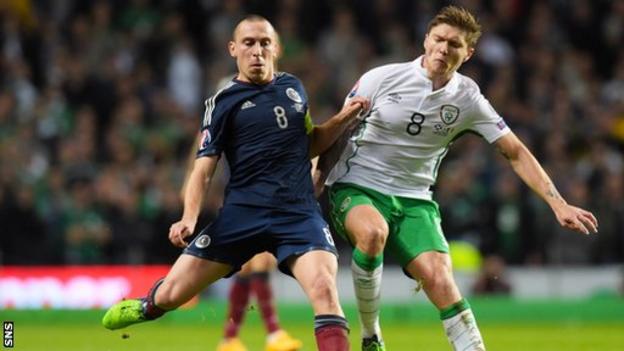 Obviously, he had to come off through injury. But, for the period of time that he did play, his movement was good. Having said that, he did miss a couple of chances that would have made things a lot more comfortable for Scotland.

The forward worked hard without getting too much reward. He didn't get too many opportunities but did fairly well where he could. 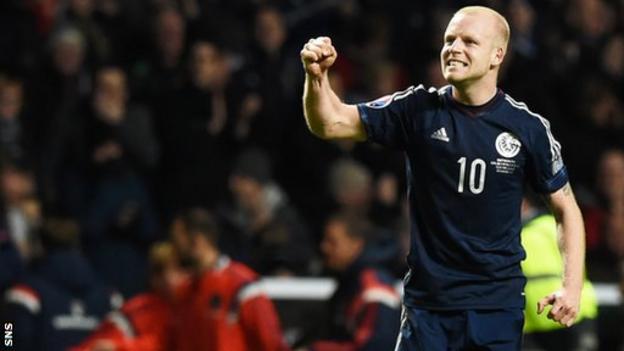 I thought the winger was snuffed out of this one and was not as influential as he has been in the past, but he is still a bright prospect and a good young player.