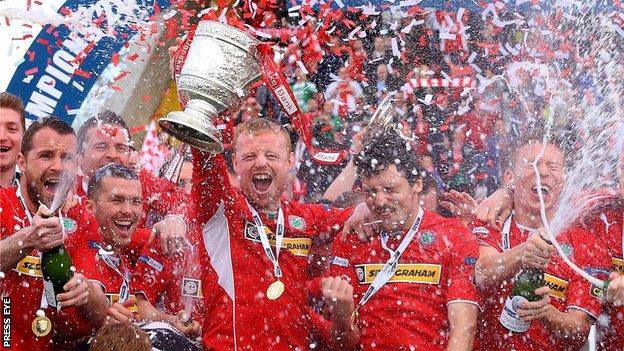 Championship pacesetters Bangor have been drawn against holders Cliftonville in the League Cup semi-finals.

The Premiership champions, who are chasing a third straight League Cup triumph, will have home advantage for the game on Tuesday, 16 December.

Ballinamallard United will host Ballymena United in their first appearance in a senior semi-final.

"The only thing we wanted was a home draw. It will be a fantastic occasion," said Mallards boss Whitey Anderson.