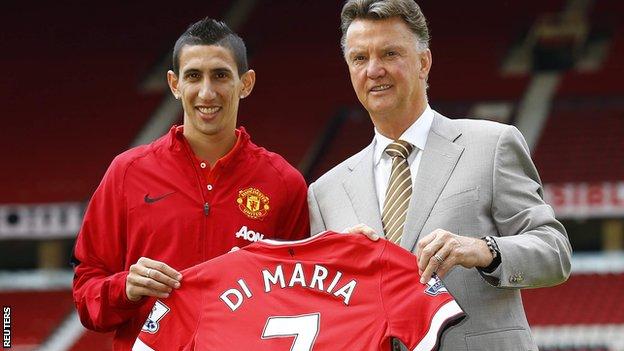 Manchester United are unlikely to make any signings in the January transfer window, says the club's executive vice-chairman Ed Woodward.

He added the situation might change if any long-term targets became available but said they would not consider "short-term fixes".

United spent just over £150m in the last window, including a club record £59.7m on winger Angel Di Maria.

They are currently seventh in the Premier League table.

"We are not looking to enter the market for short-term fixes," said Woodward, speaking on the day United posted a 9.9% fall in revenue to £88.7m for the three months to the end of September, which reflected "absence from the Champions League".

"However, we have targets we are looking at for next summer.

"Should any of them become available in January, which is obviously rare, we will consider acting. But it is a low probability."

However, they have been hit by a succession of injuries, most recently to midfielder Blind and goalkeeper David De Gea.