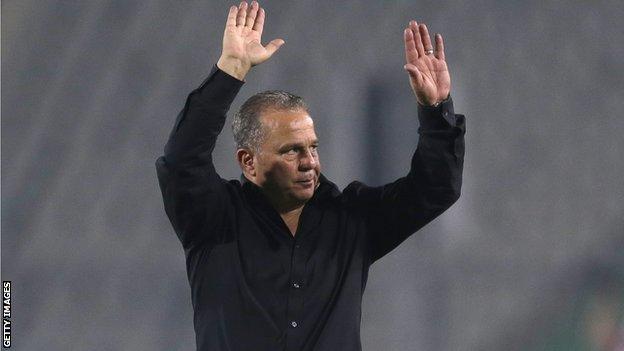 Egypt have dismissed coach Shawky Gharib after he failed to qualify the team for next year's Africa Cup of Nations in Equatorial Guinea.

The Pharaohs missed out on the 2015 finals when a 2-1 defeat in Tunisia on Wednesday left them out of contention in third in Group G.