Former Everton and Manchester United player Phil Neville explains why he is not surprised to see Liverpool in mid-table following their defeat by Crystal Palace, rather than repeating their title challenge of last season.

Because of what Liverpool did last season, I think some people came into this campaign with unrealistic expectations of what they could achieve this time.

But they only went so close to winning the title last time out because they were inspired by their world-class front two of Daniel Sturridge and, in particular, Luis Suarez.

They were never going to repeat that kind of challenge after seeing Suarez leave for Barcelona in the summer.

Rather than underachieving, their current position is probably a more accurate reflection of this team's level at the moment, especially while Sturridge is injured.

Liverpool's 3-1 defeat by Crystal Palace on Sunday means they are 18 points behind leaders Chelsea after six defeats in their first 12 league games.

Yes, that is poor if you compare it to what happened in the Reds' previous campaign, in which they suffered the same number of defeats in total and the outcome of the title race was in their hands with only three games to go.

But that was a one-off. If you look further back, Liverpool have been a top-eight team playing in the Europa League, not title contenders.

So, although they are currently probably lower than expected in 12th place, I would not say I am hugely surprised how things have gone since Suarez's sale.

Liverpool are a good footballing team but, right from the start of the season, I did not look at their squad and see a group of players that I thought could go on and again challenge for the title.

What are Liverpool missing?

We saw against Palace how Liverpool have lost their intensity and drive, which I put down to the loss of one man - Suarez. 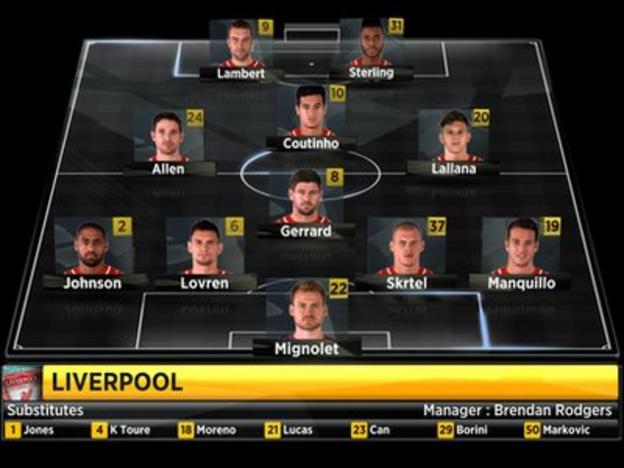 His performances also helped them build up a momentum that they just have not had since he left - their only back-to-back wins have come against West Brom and QPR in October.

A lot of people have criticised Mario Balotelli, who did not play against Palace, and I think he has become a bit of scapegoat for some of the poor performances that other Liverpool players have been putting in.

The biggest difference between this season and last is that, without Suarez and Sturridge to lead their attacks, Liverpool are not playing with the same intensity.

When Steven Gerrard gets the ball in deeper positions, he still looks up but does not have a front two who are running in behind teams for him to ping a pass to. He often went sideways against Palace. 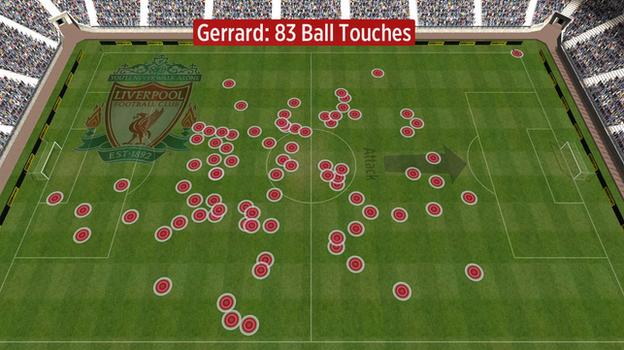 Raheem Sterling is missing Suarez and Sturridge too.

They would occupy maybe two defenders each, which then left room for somebody else - usually Sterling - to exploit.

Without Suarez or Sturridge to keep them busy, defenders can stay tight to Sterling and stop him from running at them.

Against Palace, Liverpool lacked any sort of pace in their attacks and they have become predictable. 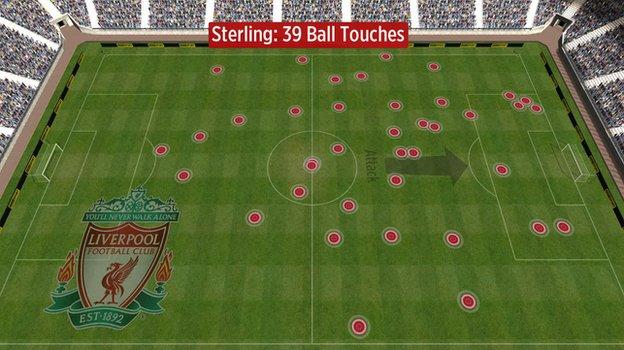 Everything is a lot slower and more measured. That allows the opposition to sit back, like Palace were doing on Sunday, and set up so there is no space left behind them.

It means Liverpool are not scoring lots of goals like last season, but the thing that has not changed is that you still get chances against them too.

Palace allowed Liverpool to play 50 or 60 passes in front of them at a time, knowing full well that when they made a mistake they could spring forward on the break and create chances.

We have seen that from a lot of teams playing Liverpool recently.

What can Liverpool do differently?

Brendan Rodgers has to go back to basics and find a way of grinding out results.

That might not be as wonderful to watch as when they were winning games by overwhelming the opposition, but that is just simply not going to happen with the players they have got.

It might be time to try to win ugly or, at the very least, start mixing things up a bit more.

Playing more direct at times would be a good start - it led to Rickie Lambert's goal at Selhurst Park on Sunday - and might be a better use of the strikers at their disposal.

But, whatever their approach, it is clear they do not have the quality to challenge Chelsea for the title and it is going to be a struggle for them to get into the top four.

From what I have seen, I don't think they will make it.

Summer signings did not secure superstar

If Liverpool do fall short, it will not only be down to Suarez's departure, but also because of the players Rodgers signed with the proceeds of his £75m sale.

Rodgers added depth to his squad with the players he brought in, or had one eye on the future when he signed some of them.

But what he did not do is bring in somebody to improve Liverpool's first team, which does not compare with some of their rivals for the Champions League spots.

I watched Manchester United's win over Arsenal on Saturday and, although both teams are not as strong as in the recent past, they still had several players on the pitch with the potential to be devastating.

United have Wayne Rooney and Angel Di Maria for example, or Alexis Sanchez and Danny Welbeck for the Gunners.

It is the same with Manchester City and Sergio Aguero at the moment - they are all players who, like Suarez, can perform some magic in the final third and decide a game on their own.

At the moment, I do not see that kind of ability in this Liverpool team and Sturridge's return cannot come quickly enough for them.