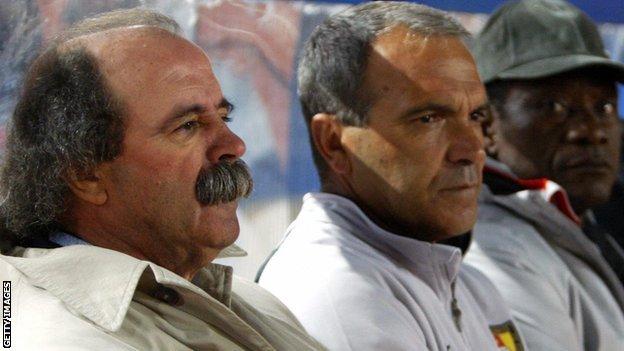 The 68-year-old has signed an 18-month contract and takes over the club at a time when they are bottom of the league after 10 matches.

It is a return to African football for Jorge, who he was coach of Cameroon from January 2005 until August 2006.

And it ends a period of seven years away from coaching for Jorge since he left French side Creteil in 2007.

The high point of his coaching career is winning the 1987 European Cup with Porto, beating German giants Bayern Munich 2-1 in the final.

One of Algeria's greatest players, Raber Madjer, opened the scoring in that final.