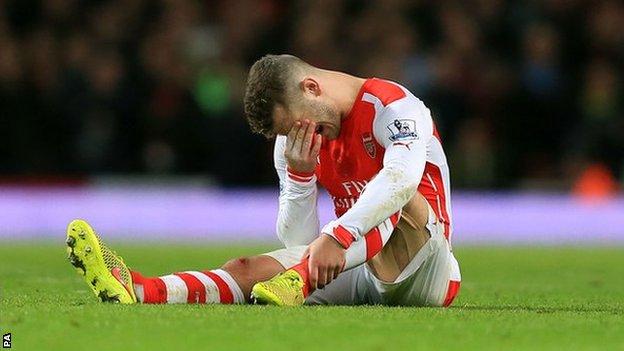 Midfielder Jack Wilshere will be out for about three months after ankle surgery, Arsenal have revealed.

"Everyone at the club wishes Jack a speedy recovery and look forward to seeing him back on the pitch as soon as possible," read a statement.

Wilshere, 22, posted a picture of himself lying in bed following surgery. 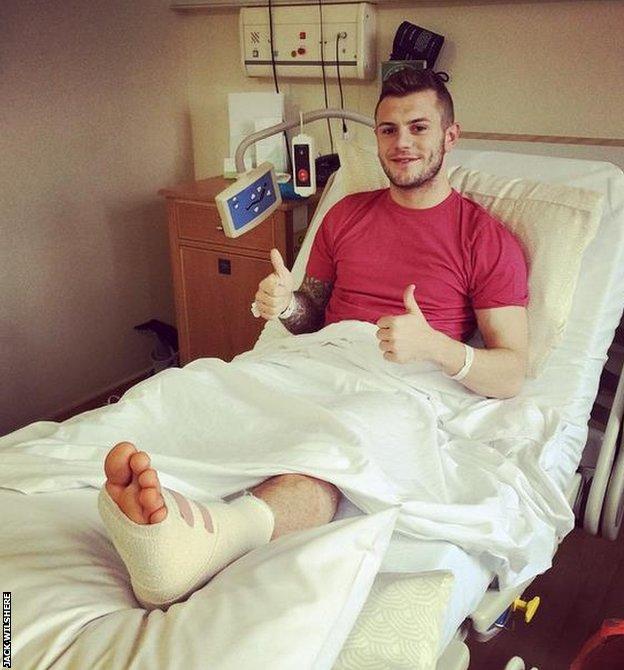 He added the following message: "Ankle needed surgery in the end, went well thanks to the main man James Calder!"

He also wrote: "Work hard for what you want because it won't come to you without a fight.

"You have to be strong and courageous and know that you can do anything you put your mind to.

"If somebody puts you down or criticizes you, just keep on believing in yourself and turn it into something positive."