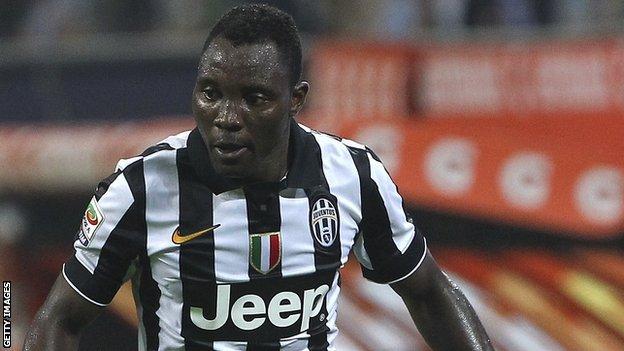 Ghana midfielder Kwadwo Asamoah has been ruled out for at least three months and will miss the 2015 Africa Cup of Nations.

The 25-year-old Juventus player had keyhole surgery on Tuesday to fix a cartilage problem in his left knee.

"The recovery time is estimated at not less than three to four months," said the Turin club in a statement.

His absence from the tournament, which will be played in Equatorial Guinea from 17 January to 8 February, will be a big loss to Ghana and new boss Avram Grant.

The Black Stars won the last of their continental titles in 1982 but came closest to adding a fifth in 2010 when they lost the final 1-0 against Egypt in Angola.