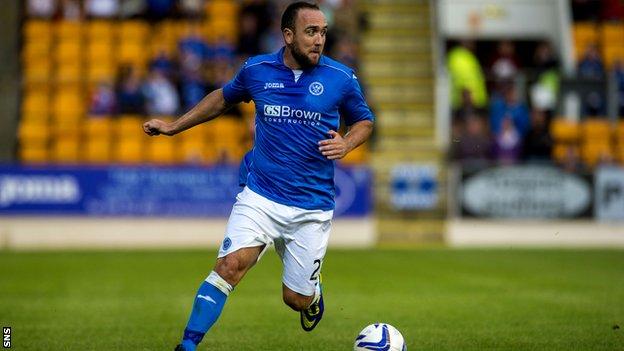 St Johnstone midfielder Lee Croft has been issued with a notice of complaint by the SFA for a tackle on Ross County's Liam Boyce on Saturday.

The 29-year-old has been offered a two match ban and has until 15:00 on Wednesday to respond.

Former Oldham player Croft caught Boyce in the build up to the Dingwall side's goal in a 2-1 win for Saints in the Scottish Cup.

The governing body have deemed it "serious foul play".

If Croft accepts the ban he will miss the league game against St Mirren on Saturday and the Scottish Cup game against Queen of the South in February.