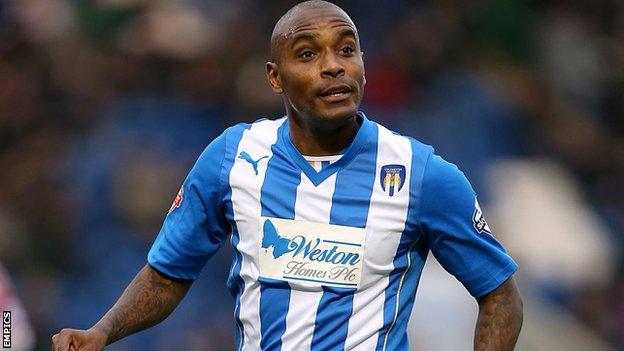 Clinton Morrison says he will sign for Exeter City if he is offered a deal by the League Two club.

The 35-year-old former Republic of Ireland striker has on non-contract terms.

"If it works out here, I bang goals in, I'm playing well and I'm enjoying myself and a contract gets offered in January, then obviously I'm going to sign it," Morrison said,

"I'm happy here and I believe this team's got the capability," he added.

Morrison has yet to make an appearance for Exeter after being an unused substitute in the 3-2 win at Accrington last week.

The forward, who scored nine goals in 36 games for Ireland and was part of their squad at the 2002 World Cup, says he has been impressed by what he has seen so far of manager Paul Tisdale and his club.

"The style of play is excellent, I've been very impressed with the manager and all the coaching staff," Morrison told BBC Sport.

"I didn't know he was that good until you actually come and work with someone and then you realise how good he is.

"He's a vey good manager who could take this club to the next level and even beyond the next level, I think they're that good here."

Morrison had been without a club since at the end of last season.

After three seasons at St Andrew's, he returned to Palace for £2m before moving to Coventry City in 2008.