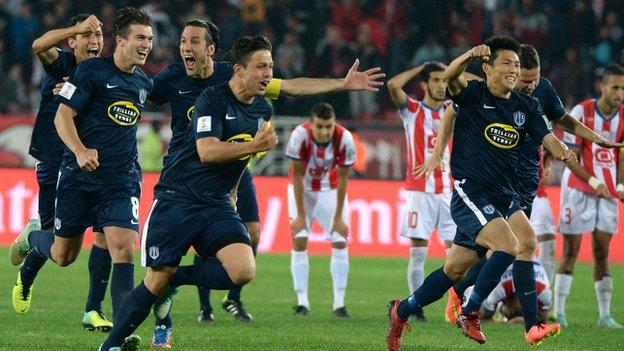 The Oceania champions beat local side Moghreb Tetouan on penalties after the match ended goalless following extra time in Wednesday's opening game of the tournament.

Both teams missed a penalty in the shootout before Mehdi Khallati struck Tetouan's final attempt against the post to give Auckland a 4-3 win.

The New Zealand part-timers are making a record sixth appearance at the tournament, reach the quarter-finals for only the second time.

The opening 90 minutes produced only one real chance which fell to the New Zealanders before halftime.

Ryan De Vries found Emiliano Tade unmarked near the penalty spot but he missed what seemed to be a certain goal after a poor first touch.

Tetouan, backed by a fervent home crowd, had the better of extra time but the visitors were again more dangerous and Angel Berlanga was just wide with a diving header from a cross by De Vries.

Saturday's other quarter-final pits North and Central American champions Cruz Azul of Mexico against the top side from Asia, West Sydney Warriors.

The winners of that tie will face favourites and European champions Real Madrid in the last four.

While the South American champions San Lorenzo from Argentina will take on either Setif or Auckland in the semi-final.

Tetouan had qualified as Moroccan champions and were looking to follow in the footsteps of Raja Casablanca who were swept all the way to the final last year on a wave of national passion before losing to Bayern Munich.