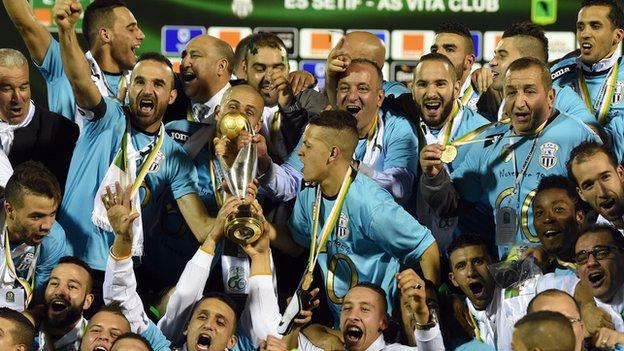 The Algerians meet the part-time New Zealanders on Saturday in Morocco for a place in the semi-finals.

"We must not underestimate Auckland under any circumstances," Madoui said.

"They countered very well against Tetouan and had several chances to score.

"I think they'll approach our match in a similar way, so we need to be well prepared for that.

"They're a physically strong side, but the fact that they already have 120 minutes on the clock could play to our advantage."

Setif are making their debut at the tournament and are the first Algerian side to take part.

Auckland are making a record sixth appearance at the tournament, surpassing Al Ahly of Egypt, but have made it past the preliminary game just once before in 2009.

Coach of Auckland City, Ramon Tribulietx, admitted playing extra-time in the goalless draw with Tetouan might take its toll on his team.

"We've got to recover as best we can from a tough first game that took a lot out of us," he said.

"Setif play in a similar style to Tetouan; they're technically very strong and perhaps a little more defensively focused.

"We'll prepare with those things in mind and hopefully we'll be able to put in another good performance."

The winners will progress to face South American champions San Lorenzo of Argentina in next Wednesday's semi-final.

The prize for the winners of that match is a semi-final on Tuesday against tournament favourites and 10-time European champions, Real Madrid of Spain.