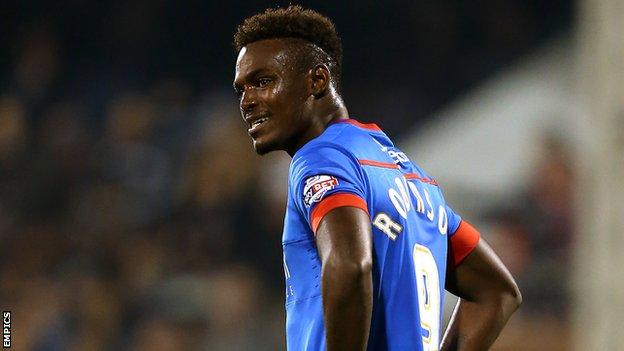 Swindon lost at home to Doncaster as two penalties decided the outcome.

Dean Furman was brought down by Swindon's Jordan Turnbull on 22 minutes and Theo Robinson neatly converted.

The Robins could have secured a draw 12 minutes from time but substitute Michael Smith had his penalty saved by Sam Johnstone after Reece Wabara had fouled Andy Williams.

Doncaster's sixth away victory of the season denies Swindon the chance to spend Christmas on top of League One.

"When teams get everybody behind the ball the last thing you need is to give them any encouragement, and the referee has made an atrocious decision to give a penalty. It's a fantastic tackle from Jordan Turnbull.

"Second half we had enough opportunities to get something out of the game. We have a penalty, we have a clear one versus one. We need to score one of those.

"I was fine with the performance, sometimes it happens - it wasn't our day."

"They're probably the form team in the division, winning the last five games.

"We changed the system slightly today. Defensively we had to be really sound but we believed we had the players to hit them on the break and I don't think many teams will come here and create the chances we created."