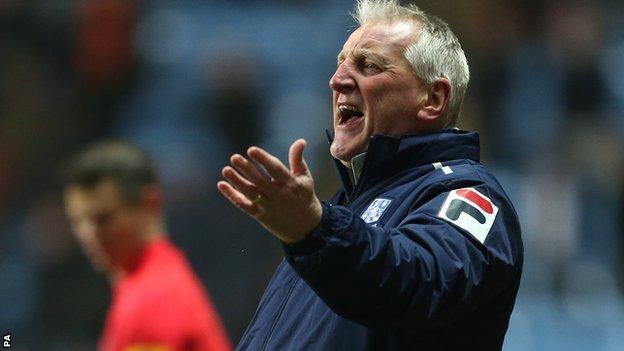 Ronnie Moore's first game in charge of Hartlepool United ended in a stalemate as his side were held by Oxford United.

The hosts enjoyed most of the first half chances after starting on the front-foot but Marlon Harewood saw the best of those efforts well saved.

Pools took a deserved lead when Joe Ironside latched onto a Sidney Schmeltz pass and found the bottom corner.

But U's top-scorer Danny Hylton secured a point for the visitors as he swept home Wes Burns' cross from 10-yards.

The draw ends a run of four straight defeats for bottom-placed Hartlepool while Oxford extend their unbeaten run to five.

Dan Jones missed the target as the hosts, chasing their first win in eight, piled on the early pressure with Harewood, Ironside and Michael Woods all seeing efforts well saved.

The visitors started the second-half positively but Hylton and Danny Rose were unable to beat Scott Flinders before Ironside gave Hartlepool the lead.

Pools fragile defence came under pressure and they could not hang on as the impressive Hylton slotted home his 13th of the season while Jonathan Franks nearly gave Moore the perfect start in injury time - but his effort was well saved.