Match of the Day 2 pundit and former Liverpool midfielder Didi Hamann expands on his TV analysis by explaining the part played by Michael Carrick in Manchester United's victory over Liverpool on Sunday, and the difference his return from injury has made to their turnaround in form.

David De Gea's saves will grab the headlines but Michael Carrick played a big part in Manchester United's 3-0 victory over Liverpool and it does not surprise me that they have now won all six games since he returned to their starting line-up after injury.

Carrick is probably used to playing well and seeing other players get the plaudits, but you can tell how much his team-mates value him.

United striker Robin van Persie said after Sunday's game that Carrick made the difference at the back because he was so confident on the ball and helped to calm the whole defence. That sums it up.

Carrick sets the tempo on a regular basis for United, only he is usually operating in central midfield rather than at centre-back, as he was against Liverpool.

He has the attributes to play in both positions, though, and the only problem he gives United boss Louis van Gaal is that there is only one of him - at the moment Van Gaal would probably love to play him at the back and in midfield too.

Carrick is very under-rated outside of Old Trafford but he clearly has a huge influence on United.

Sometimes, with players like him, you only realise how important they are when they don't play. I think his absence really showed that at the start of this season, especially with this United team being so uncertain at the back.

Now he is fit, he brings them the stability they were missing, partly through his passing ability which helps to set the team's tempo.

He helps keep the team ticking over by picking the right pass and spreading play like he did against Liverpool.

Carrick understands that, whether you are playing centre-back or central midfield, you have to react to what is happening on the pitch.

He is not a player who plays to the crowd by trying the spectacular, instead he plays for the team - which is why his team-mates appreciate him so much.

The way he plays, you know he is always available and ready for the ball. And, if you give it to him then, nine times out of 10, he will retain possession.

Carrick's main strengths are on the ball, but he can tackle too and he made a few vital challenges against Liverpool.

Yes, it probably suited him in the first half on Sunday that Liverpool boss Brendan Rodgers picked a side without a recognised centre-forward.

That still meant he had to deal with Reds forward Raheem Sterling, who is lightning quick. Carrick is not the fastest but he never looked out of position as the middle centre-back in a three-man back-line, which tells you about his awareness and positional sense. 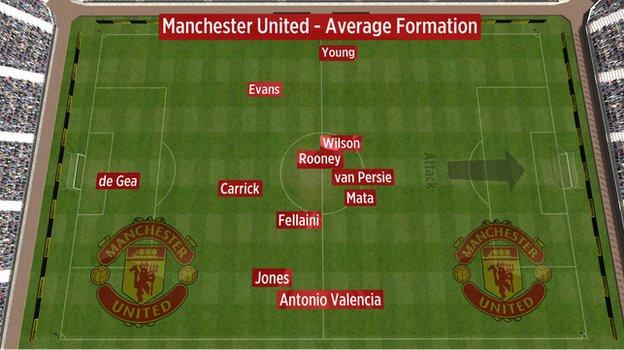 He is the sort of player that you can rely on, and one that you always know what you are getting from.

I remember coming up against him when he came through at West Ham and then moved to Tottenham, and I have always rated him.

Many years ago, I thought England were making a mistake not building a team around him and he has gone on to become the best defensive midfielder that they have had in the last 15 years.

Yes, he has gone to major tournaments with England but he has only won 31 caps.

At 32 he is now nearing the end of his career, but I am surprised he was never given more of a chance on the international stage.

De Gea another reason United are on the up

The only mistake Carrick made on Sunday saw him let a Jonny Evans pass roll through for Raheem Sterling, who was denied brilliantly by De Gea.

United's keeper only made one truly outstanding stop, when he tipped Mario Balotelli's shot on to the bar, but the number of saves he made - eight - meant he played a vital role in securing the three points.

You could argue that Liverpool's finishing could have been better but, if they did not know it before, players will now realise they have to put the ball right in the corner to beat De Gea. 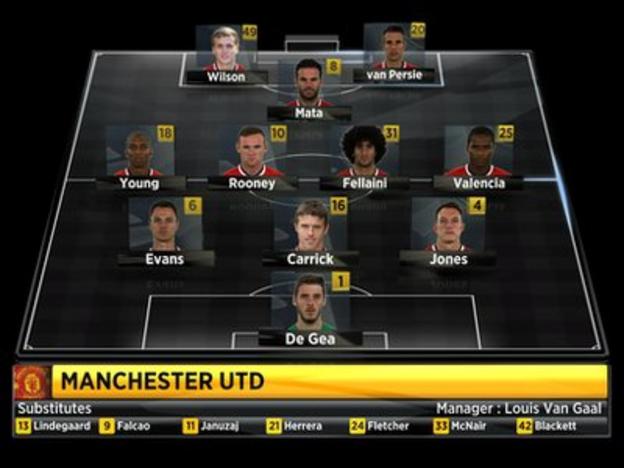 His performances this season have been so good that he is earning the reputation of being the best goalkeeper in the Premier League, which I think he has been for a number of months.

That means there is a little bit of a fear factor for opposition players, especially if they are in one-on-one situations like Sterling was.

But De Gea's presence and form is also a huge lift for United's defence, who have been unsteady in the past but have the confidence of knowing they have a guy like that behind them to dig them out if they make a mistake.

Speaking from the experience of playing with Oliver Kahn for Germany and both Jerzy Dudek - until the last few months when he was a bit shaky - and Pepe Reina for Liverpool, I know what difference that makes.

A keeper you can trust gives the whole team massive confidence, which boils down to how you feel when you walk out of the dressing room before a game.

I always looked at the 10 guys walking out with me and, if I trusted them and had belief in them, I knew we had a chance.

I think that is the case at United at the moment, but not with Liverpool - which is why they are having such a disappointing season.

Why United can challenge for the title

United were 10th at the start of November after losing the Manchester derby but they have built up a real head of steam while climbing to third in the last few weeks.

As well as the confidence generated by their winning run, Van Gaal's track record as a manager, and the fact they have got some world-class players to come back from injury, they will not have the Champions League to worry about after Christmas.

We saw what Liverpool did in those circumstances last season, when they went on a long winning run.

I don't think people are getting carried away when they describe United as title contenders. Yes, they can perform better than they did against Liverpool but it is always a good sign to win games without playing well.

Chelsea and City are still favourites for the title but there are reasons I look at United and would not rule them out.