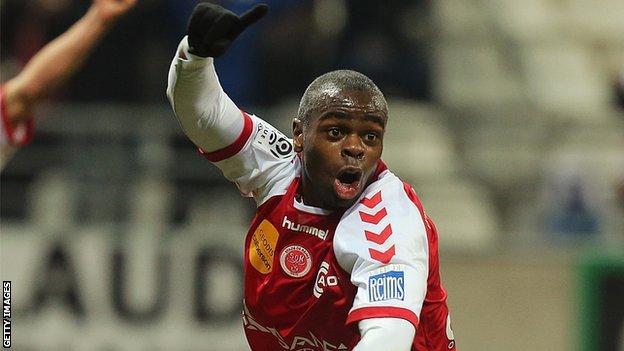 Congo midfielder Prince Oniangue believes coach Claude LeRoy can lead the country to at least the last-eight at the 2015 Africa Cup of Nations.

Frenchman LeRoy has coached four different teams at seven editions of the tournament, winning the competition in 1998 with Cameroon.

And Oniangue feels LeRoy will inspire them in Equatorial Guinea.

"Most times he gets to the quarter-finals at least, so we can work knowing that target is very possible," he said.

The 26-year-old Oniangue, who plays his club football in France for Reims, told BBC Sport he is confident LeRoy's knowledge of the tournament will help propel the team out of a group that contains the hosts, Burkina Faso and Gabon.

"Having a coach like Claude LeRoy helps a lot. He's going for his eight Nations Cup appearance and that brings a lot to the team," Oniangue added.

Congo enjoyed their heyday in the 1970s, when the Red Devils beat Mali 3-2 in the final of the 1972 tournament.

Two years later, the holders took eventual finalists Zambia to extra-time in the semi-finals before losing 4-2.

Congo have failed to reach a Nations Cup semi-final since but Oniangue, who scored against Nigeria and Sudan during the qualifiers, said: "I think everything is possible.

"We will play the opening game and do the maximum to reach the quarter-finals.

"We have to take it match after match. The minimum will be to reach the quarter-final, no one expect us to be there so maybe we can shock people again.

"Congo has a young generation, a lot of people did not give us a chance in Nigeria but we won there.

"As players we believe in ourselves and in our coach we have a man with big experience, so I know we can surprise everybody again in Equatorial Guinea."

The tournament will be played between 17 January and 8 February.