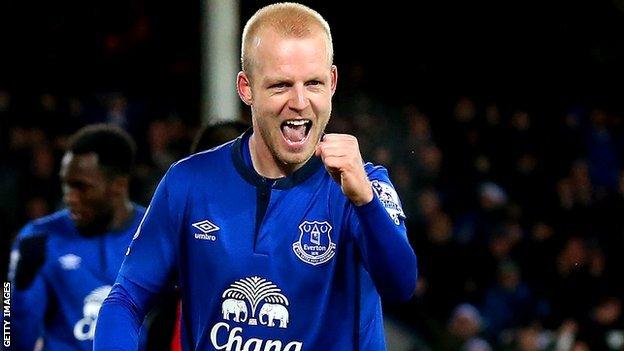 Steven Naismith has signed a three-year contract extension at Everton, which will keep him at the club until 2019.

The 28-year-old Scotland international joined the Toffees on a free transfer in 2012, signing an initial four-year deal.

The former Rangers and Kilmarnock forward has six goals this season and scored on Monday evening when the Toffees beat QPR 3-1 at Goodison Park.

"I am so happy here," Naismith told the club's television channel.

"From the moment I signed my first contract here it wasn't long before I saw what a great club it was.

"I would say this is probably the best form of my career. I'm delighted to have agreed an extension which will keep me here for a few more years yet."