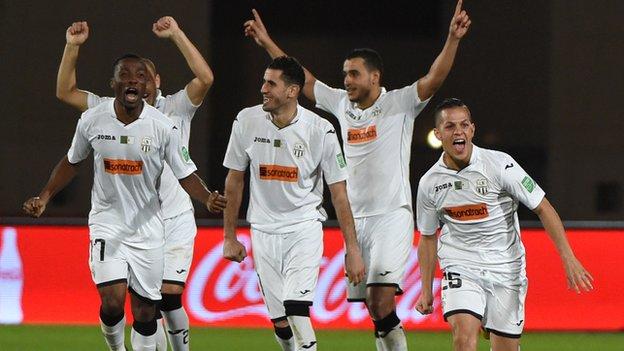 The two sides were locked at 2-2 after 90 minutes before the Algerians triumphed 5-4 in the shoot-out.

Dutch midfielder Romeo Castelen gave the Australians an early lead and further chances in the first half as they hit the bar and a post.

Instead, a Daniel Mullen own-goal levelled the scores early in the second half and the Algerians looked on course to win it when Abdelmalik Ziaya made it 2-1.

A Vitor Saba free-kick a minute from the end brought Wanderers level again and took the match to penalties.

Toufik Zerara scored the winning kick in sudden death after the Nigerian Seyi Adeleke had skied his effort.