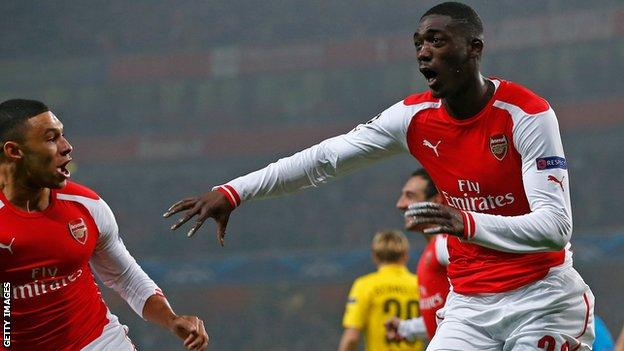 Arsenal striker Yaya Sanogo is set to leave the club on loan during the January transfer window.

The 21-year-old France youth international joined as a free agent in 2013 after his contract expired at French side Auxerre.

But he has scored only one goal in 19 appearances, eight of them starts.

Sanogo is likely to be sent to another Premier League club rather than moving overseas.

Arsenal are keen for the 6ft 4ins forward to get more game time and build confidence.

His chances have been limited by the return to fitness of Olivier Giroud, while Gunners manager Arsene Wenger also has Danny Welbeck, Lukas Podolski, Theo Walcott, Alexis Sanchez and Chuba Akpom at his disposal in attack.