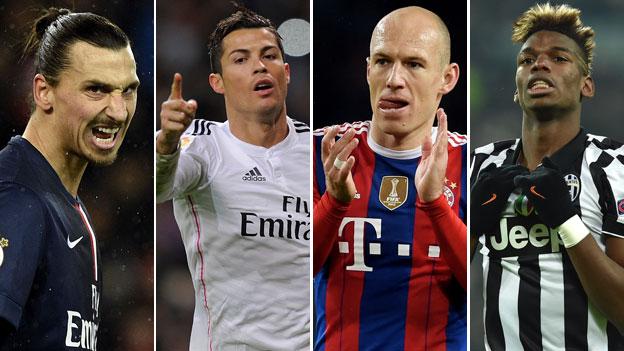 Well, some teams are enjoying their festive rest. But not all.

The likes of Real Madrid and Bayern Munich are going into Christmas and the New Year in good spirits.

However, others will be using the time to re-evaluate their disappointing starts to the 2014-15 season... 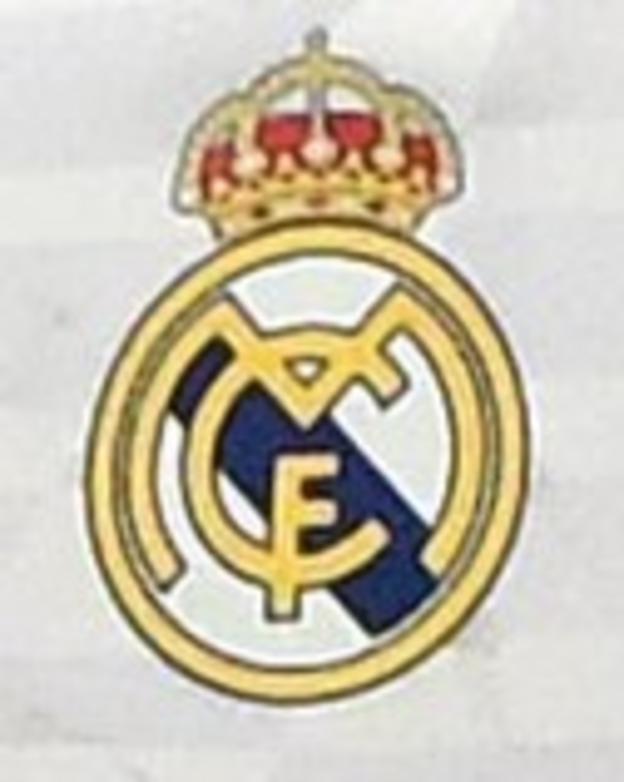 Mid-term report: A one-point lead, with a game in hand, at the top of La Liga. A Spanish record run of 22 successive wins. Two trophies already in the bag (European Super Cup and Club World Cup). A 100% record in the Champions League group stage. Madrid are top of the class.

Cristiano Ronaldo continues his mission to prove that he is the world's best player, having scored a scarcely believable 25 league goals in 14 matches this season.

The key to Madrid's excellent start is Carlo Ancelotti managing to do something that neither of his Bernabeu predecessors Jose Mourinho or Manuel Pellegrini could do. That's knitting together a dressing room packed with the world's most expensive players and, possibly, the world's most inflated egos.

What they say: "Ancelotti has created a family atmosphere and, along with his tactical knowledge, I think that this family mentality has been very important for us," says club president Florentino Perez. 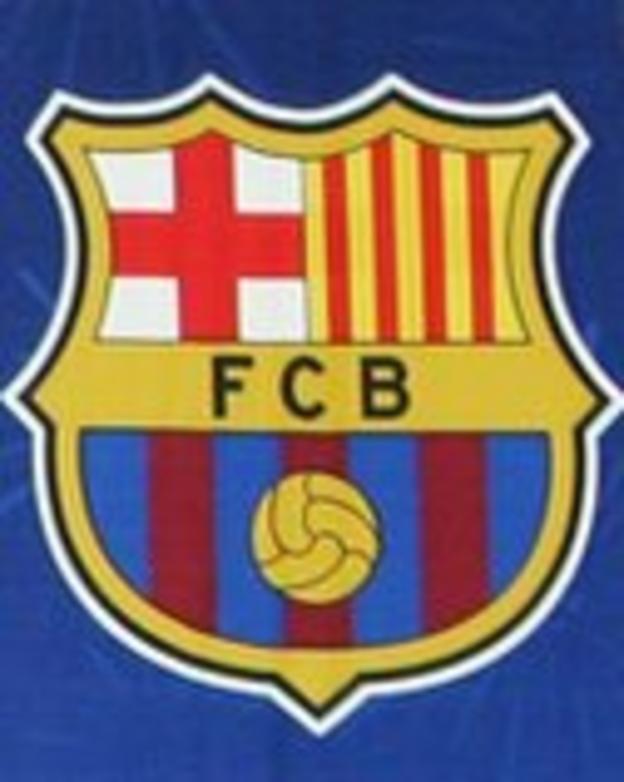 Mid-term report: After finishing last season without a trophy, it is almost unfathomable that the Catalan giants could finish a second successive season by failing to stick their hands on some silverware.

But with Madrid ruthlessly sweeping away every team put in front of them, Barca have ground to make up. And that's despite conceding only seven goals in their 16 matches. Victory against their arch-rivals Madrid at the Nou Camp in March appears to be a must if they want to regain the Spanish title.

Following the arrival of Luis Suarez, goals weren't expected to be a problem for new Barcelona coach Luis Enrique. But they are. Sort of. The Catalans have bagged 41 goals in 16 matches - at an average of almost three per game.

Enrique, who has constantly tweaked personnel and tactics as he seems unsure of his preferred formula, must find a magic combination next year.

What they say: "We have to improve many things, that's plain from the league table. We can't get out the magic wand and solve everything. But we don't need to beat ourselves up over being four points behind," says Enrique. 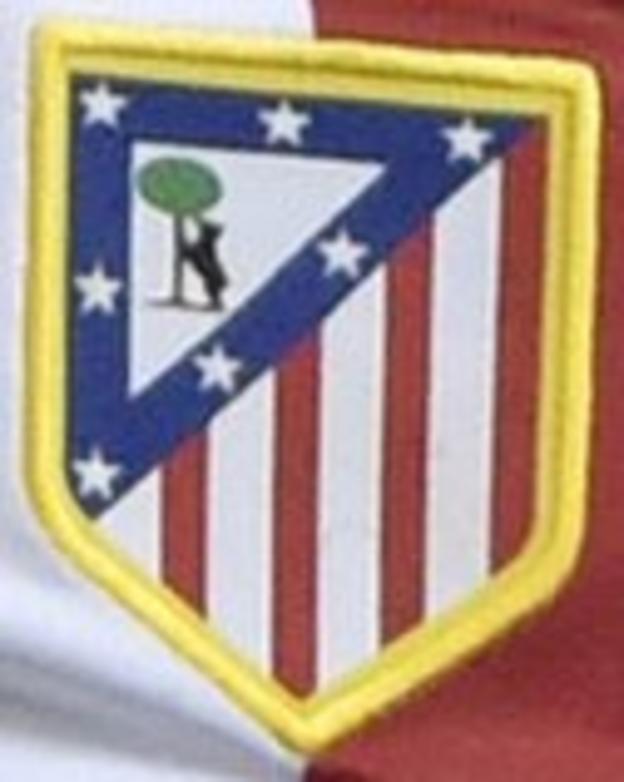 But you would be a fool to write off any side coached by Diego Simeone. The ex-Argentina midfielder famously described his playing style as like "a man with a knife between his teeth" and his team play with the same determination.

Defeat at Athletic Bilbao in their final match of a memorable 2014 would have left their title hopes all but over. But some wise words from Simone, plus a few tactical tweaks, did the trick as his new-look side remain within touching distance of Real and Barca.

What they say: "We have only lost one match at the Calderon and that speaks highly of the work done by the players. I hope that we can start the coming year in the same way." - Simeone 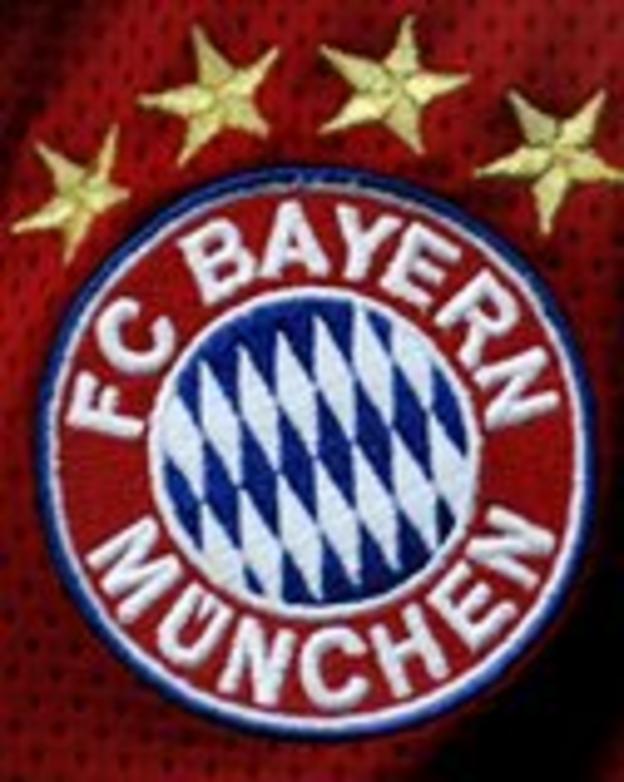 Bayern are already back-to-back German double winners. Anybody betting against them doing the same this season?

What they say: "It's been a good first half to the season, but we can do even more," is the rather chilling warning from Spanish coach Guardiola. 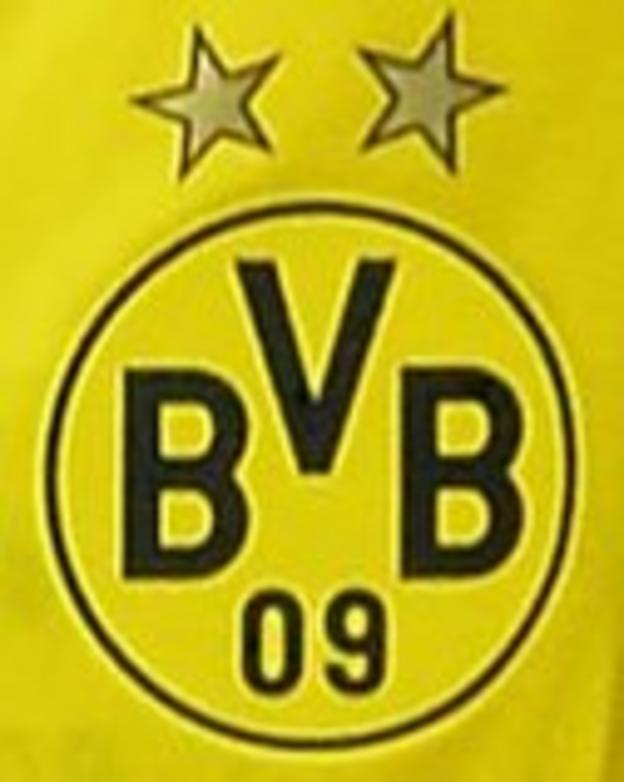 Mid-term report: You can be forgiven for looking at the top of the Bundesliga table and asking yourself: "Where are Borussia Dortmund?" Scroll down to the bottom three and that's where you'll find the 2011 and 2012 champions.

For the first time in Bundesliga history, last season's runners-up - and don't forget the 2013 Champions League finalists - will spend Christmas in the relegation zone.

The damning statistics show why. Dortmund have struggled to cope without star striker Robert Lewandowski, scoring just 18 times in 17 matches since the Poland international's summer defection to Bayern.

And, hampered by injuries to key players too, brittle Dortmund have already lost 10 matches. That's more defeats already than they have suffered in any other entire season under coach Jurgen Klopp.

What they say: "Any criticism that will be unloaded on us now is completely justified. That we stand here like complete idiots serves us right." - Klopp. 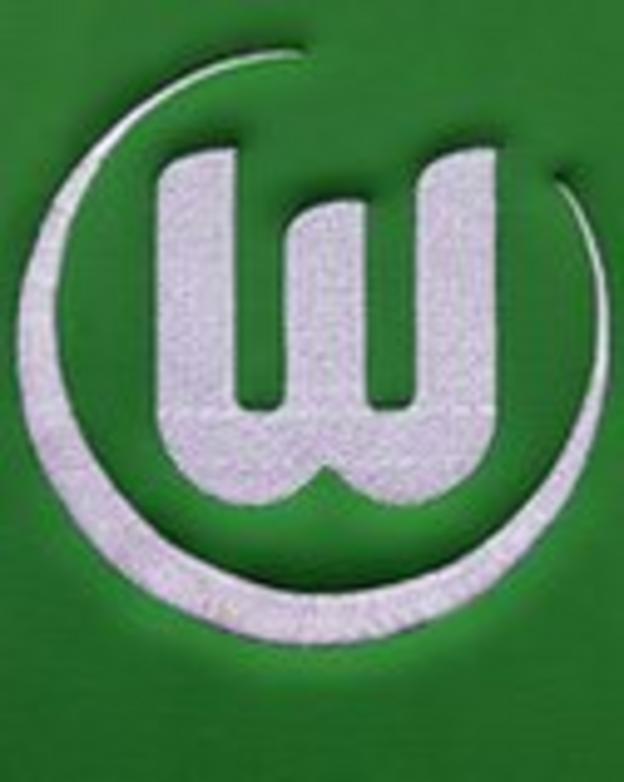 Mid-term report: Wolfsburg haven't been in contention at the top of the table since their solitary Bundesliga title win under Felix Magath in 2009.

Back then the Wolves could count on the now Manchester City striker Edin Dzeko for goals, but this season the responsibility has been shared throughout the team - former Chelsea attacking midfielder Kevin De Bruyne is the club's second-top scorer with three, while veteran centre-back Naldo has five.

They may not be likely to overcome the 11-point gap between themselves and Bayern, but securing Champions League football for just the second time in the club's history would be an unqualified success for manager Dieter Hecking.

What they say: "It's great right now. Our aim was to still be involved in all three competitions. We're still in both cups and we're going well in the Bundesliga." - goalkeeper Diego Benaglio. 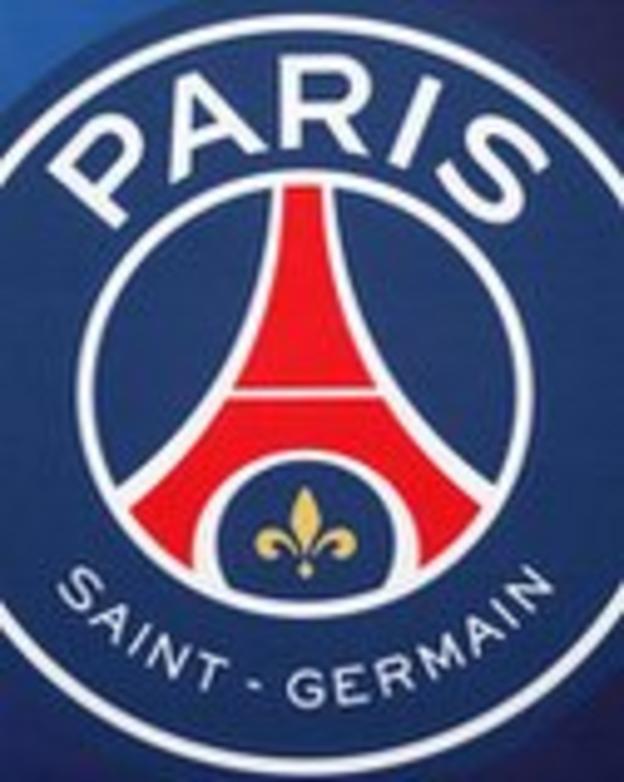 Mid-term report: Reigning champions PSG made a slow start with six draws in their opening nine matches, before they caught Marseille up with a six-game winning streak in October and November.

However, Laurent Blanc's men have started to come unstuck again with just one win from four league games going into the winter break.

Talisman Zlatan Ibrahimovic hasn't really got going this season. The Swede has struggled with a heel injury, missing six matches between September and November, and scoring just eight league goals. In the previous two seasons, he scored 57 goals which accounted for 37% of PSG's total number.

What they say: "Our lack of rhythm since the start of the campaign was evident again [against Montpellier in our last game]. All season, we have been guilty of a lack of fight in midfield. We are missing that attacking edge," says Blanc. 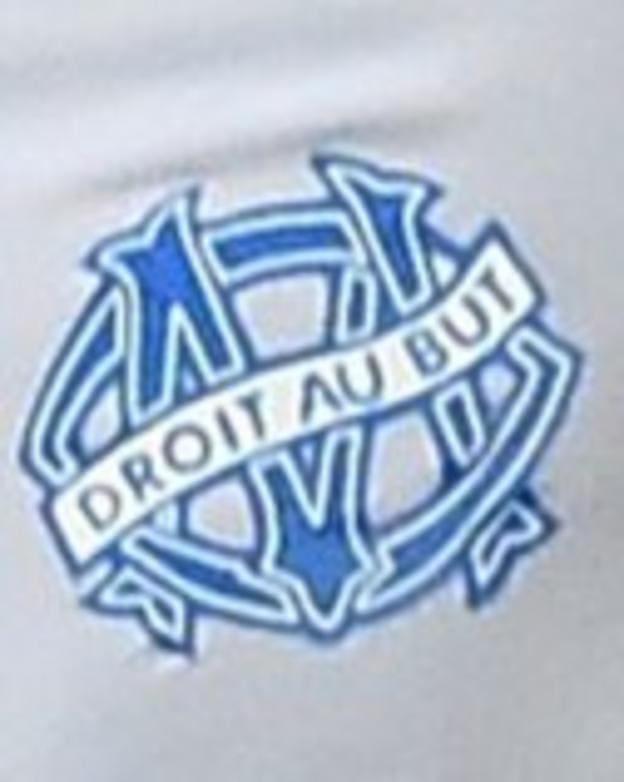 Mid-term report: Argentine tactician Marcelo Bielsa took over the Marseille helm last summer and has made an immediate impact.

The 59-year-old former Chile and Argentina boss has transformed a side which finished sixth last season into one that raced out of the blocks to build up a seven-point lead over champions Paris St-Germain.

They were slowly reeled in by PSG and, despite three defeats in their last nine games, head the table by two points as they aim for a first Ligue 1 title since 2010.

What they say: "For five months these players have put in so much effort, so to finish 2014 with a deserved victory and top of the league is their reward." - Bielsa. 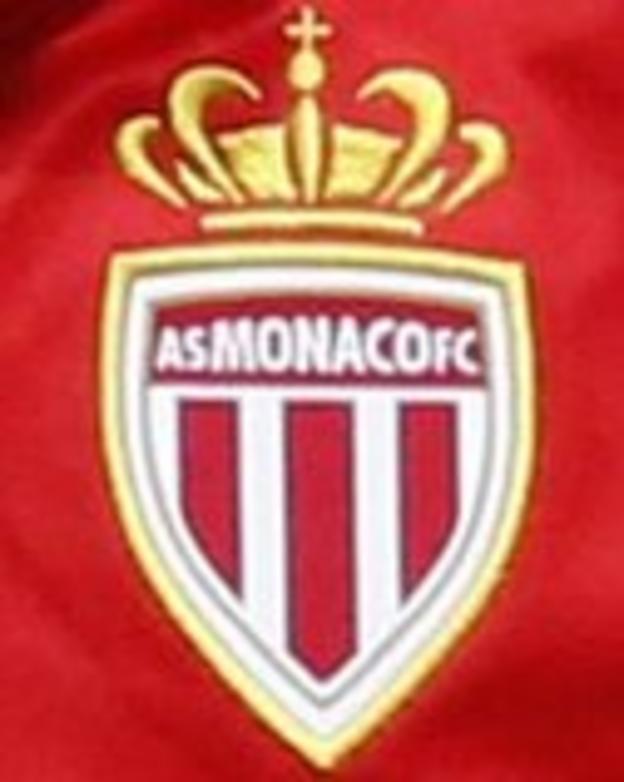 Mid-term report: Monaco were set to be one of the main title challengers again - until billionaire Russian owner Dmitry Rybolovlev decided to stop pumping money into the principality club. That may, or may not, have been something to do with Rybolovlev forking out £2.7bn on a divorce.

That has allowed Lyon to overtake them in the race for the Ligue 1 crown and manager Hubert Fournier's side have won four games on the spin going into the winter break.

What they say: "There are two ways to go. One is either you invest a lot of money and do it quickly, the other is you build up an intelligent project. That's what we've decided to do." - Monaco vice-president Vadim Vasilyev. 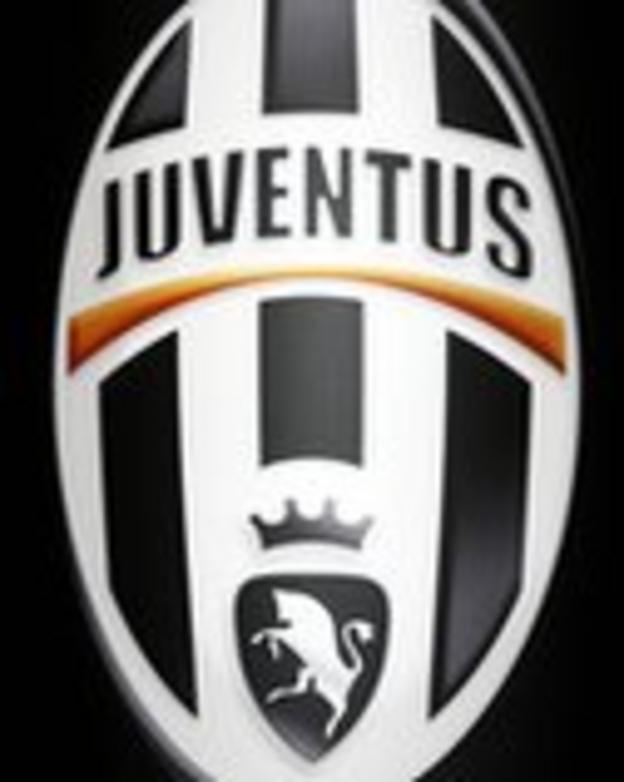 Mid-term report: Antonio Conte's summer departure to eventually take charge of the Italian national team doesn't seem to have knocked The Old Lady off her stride too much, with new man at the helm Massimiliano Allegri taking a three-point cushion over Roma into the winter break.

Juve are chasing a fourth consecutive Serie A title, very much filling the void left by the break-up of the Inter Milan side that won five on the bounce between 2006 and 2010.

With talented 21-year-old French midfielder Paul Pogba continuing to impress and Argentine striker Carlos Tevez leading the league's scoring charts with 10, it should be a 'Buon Natale' in Turin.

What they say: "I am fortunate to train a group of players that wants to win." - Allegri. 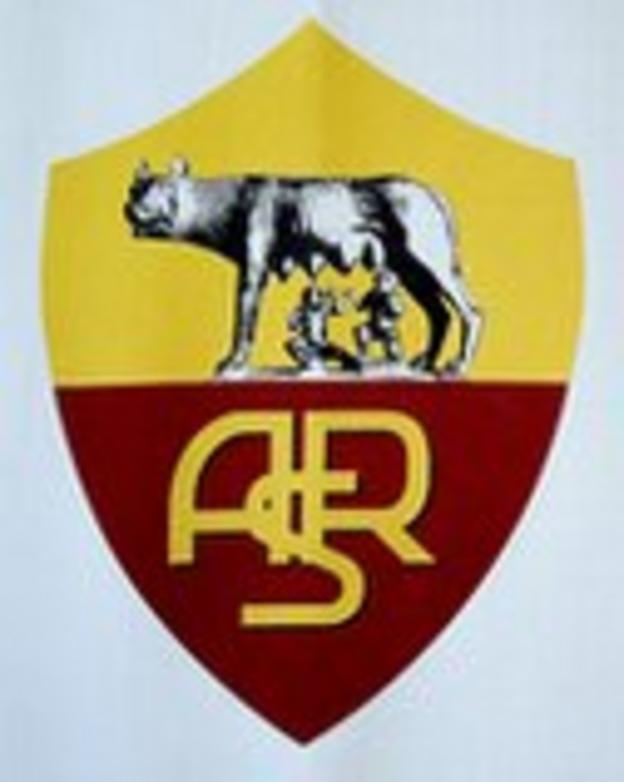 Mid-term report: Last season French manager Rudi Garcia began what was his first year in charge in sensational fashion as Roma won the first 10 games of the campaign on the bounce - a Serie A record. They eventually burned out, finishing 17 points behind winners Juve in second, but this year it could go to the wire.

Club captain Francesco Totti is still pulling the strings aged 38, Garcia is getting the best out of former Arsenal man Gervinho, and youngsters Adem Ljajic and Mattia Destro have been in impressive form.

What they say: "I firmly believe we can win the Scudetto. I have told Totti that I want to win something with him and that he cannot end his career without another league title." - Garcia 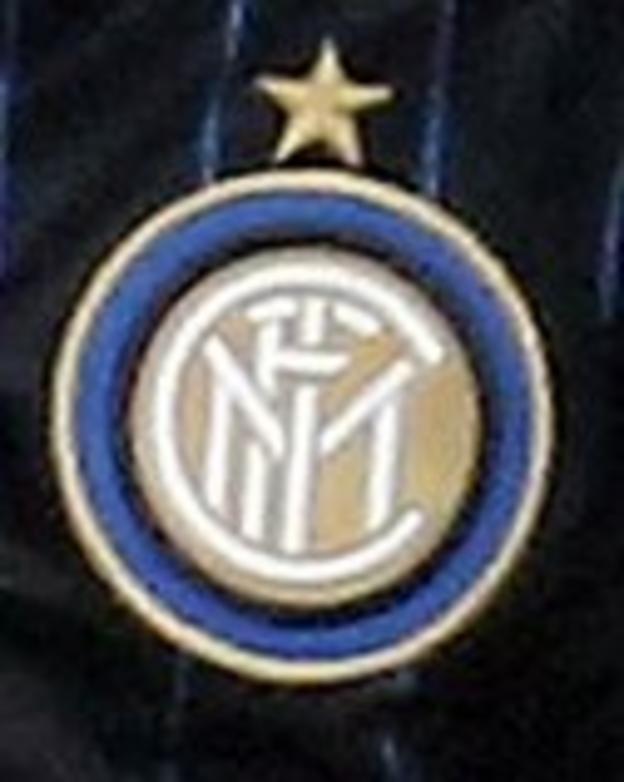 Mid-term report: Inter sacked Walter Mazzarri as coach in November with their side ninth and 12 points off the top.

Enter former manager and ex-Manchester City boss Roberto Mancini. But a glorious return has not materialised yet, with Inter managing just one win in his five league games in charge so far.

Mancini will be hoping to use the winter break to get his methods across to his players so that they can back up his claim that his 11th-placed side can finish in the top three to qualify for the Champions League.

What they say: "We can't become a team like Barcelona or Bayern in the space of a month. We're having a few difficulties but we need to get over them. Let's hope we can improve over our coming games." - Mancini.