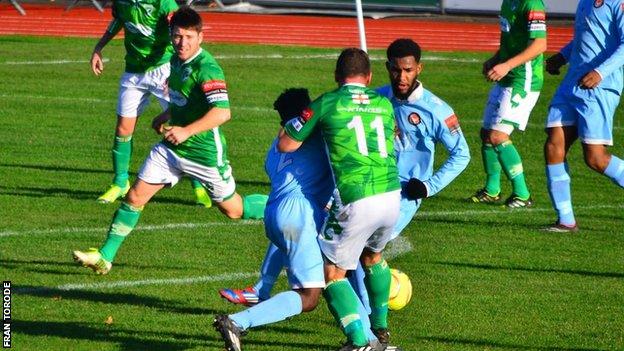 Guernsey FC's upturn in form continued as they won for the third time in four matches with a 3-1 victory over Redhill at Footes Lane.

Redhill pulled one back just after the break, but Dave Rihoy made it safe with 14 minutes to go.

Guernsey were also boosted by the sight of last season's top scorer Ross Allen playing for the final 10 minutes.

Allen, who scored 54 goals last season, has not played since September after suffering a knee injury.