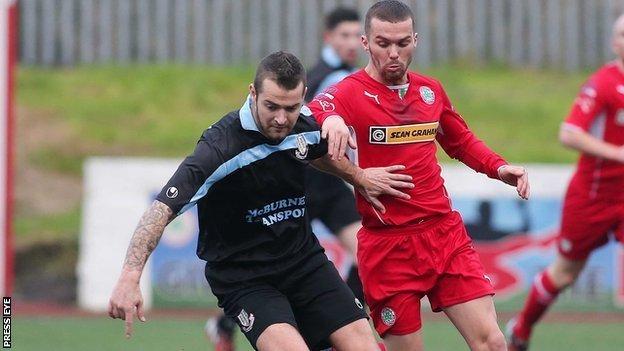 The League Cup final between Ballymena United and Cliftonville will be played at Windsor Park on Saturday 24 January, with a 17:30 GMT kick-off time.

The venue, date and kick-off time were confirmed by the Northern Ireland Football League on Tuesday.

Cliftonville are aiming to secure a third successive success in the competition, having beaten Crusaders in the last two finals in 2013 and 2014.

Ballymena United will contest a League Cup decider for the first time.

The Reds beat Bangor 4-3 in a thrilling semi-final at Solitude on 16 December, while Ballymena came from a goal down to defeat Ballinamallard United 3-2 at Ferney Park.

Cliftonville recorded a 7-0 victory over the Sky Blues in the last meeting between the sides in the Premiership at the end of November.

Ballymena lost 2-1 to Glenavon in the Irish Cup final in May.