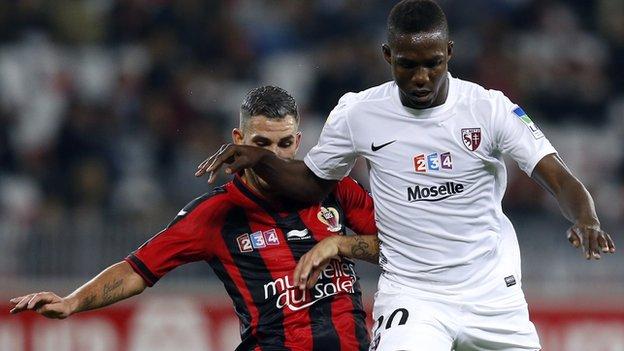 Modibo Maiga has been named in Mali's 23-man squad for the Africa Cup of Nations finals in Equatorial Guinea despite missing all their qualifiers.

The 27-year-old, on loan to French side Metz from West Ham United, has not played for the Eagles in over a year.

Wolverhampton Wanderers' top scorer Bakary Sako, who has scored seven goals this season, has also been called up.

He will miss up to five Championship games for Wolves as they chase promotion to the Premier League.

Bordeaux midfielder Abdou Traore is another who has earned a return to the squad after more than a year out of the national team.

N'Tji Michel Samake from local side Duguwolofila Mali also makes the cut despite not appearing on the preliminary list of 35 players announced by Kasperczak last week.

The team will be captained by 34-year-old Roma midfielder Seydou Keita, who will be playing at his seventh Nations Cup finals.

Otherwise coach Henryk Kasperczak provided few other surprises in his squad, with the Yatabare brothers Mustapha and Sambou selected as expected.

Mali, who have finished third at the last two continental finals, have been drawn in a difficult Group D along with Ivory Coast, Cameroon and Guinea in the 17 January to 8 February tournament.