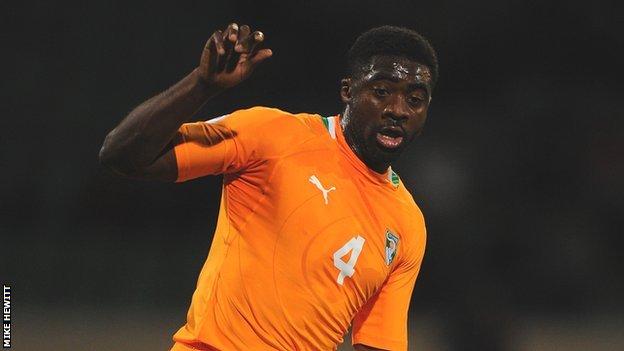 Kolo Toure will get the chance to play in one last international tournament after being named in the Ivory Coast squad for the Africa Cup of Nations.

The Liverpool defender, 33, has decided to retire from duty with the Elephants after the 17 January to 8 February finals in Equatorial Guinea.

His brother, Manchester City midfielder Yaya, is also in the 23-man squad.

It will be the first tournament for Ivory Coast since talismanic striker Didier Drogba retired from internationals and also the first time they have been led at a finals by Herve Renard, who guided Zambia to Nations Cup glory in 2012.

Defender Brice Dja Djedje has not been included after reportedly saying he wanted to concentrate on playing for his French side Marseille.

The 24-year-old has started 18 of 19 Ligue 1 matches for the French club this season and helped them to the top of the table, two points clear of Lyon, at the winter break.

Ivory Coast will face Cameroon, Mali and Guinea in Group D at the 17 January to 8 February tournament in Equatorial Guinea.