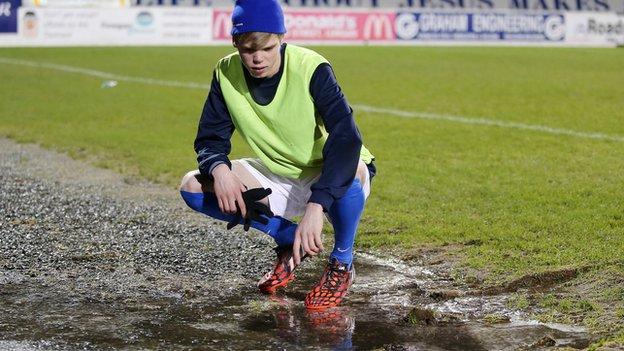 Tuesday's Irish Premiership clash between Mid-Ulster rivals Glenavon and Dungannon Swifts has been postponed because of a frozen pitch.

Referee Tim Marshall decided the game could not go ahead even though Mourneview Park had passed an inspection earlier in the afternoon.

Parts of the surface were frozen when officials made a check just over an hour before the 19:45 GMT kick-off.

On their website, Glenavon apologised for the late postponement.

Tuesday's other Irish Premiership match between Ballinamallard United and champions Cliftonville goes ahead as planned.

Glenavon and Dungannon Swifts had opted to play their game on 30 December, rather than the traditional New Year's Day date.