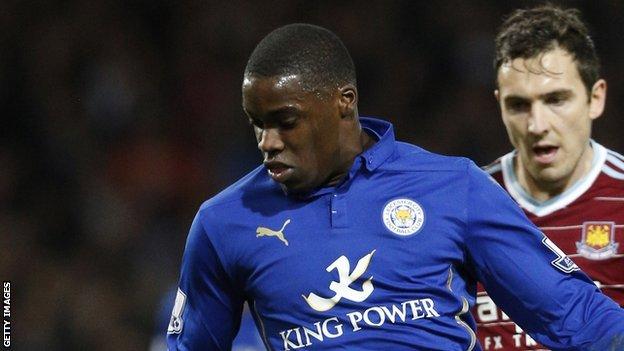 Ghana are waiting to learn if Jeff Schlupp will be fit to play at the Africa Cup of Nations after the winger underwent a scan on a knee injury.

Schlupp has been named by new Black Stars coach Avram Grant in a 31-man provisional squad for the 17 January to 8 February finals in Equatorial Guinea.

But Leicester boss Nigel Pearson said the player's participation "depends on the results of the scan".

"But our priority is our player," Pearson continued on the club website.

"We'll do what we need to do in terms of rehab, and if he goes and plays in the tournament, then that's all well and good for him, if he doesn't and he has to stay behind, then fine.

"It's one of those where first and foremost, if he picks an injury up while he's playing for us, then we'll make sure we take the steps that we need to take to make sure that his welfare is put top of the list."