The drama of the FA Cup third round took fans up and down the country in the hope of either witnessing a cup upset or their side taking one step closer to Wembley.

You've been sharing your cup-fever moments with us on #getcarriedaway and here's a selection of your stories.

Before the 10 ties were played on Sunday, Jessie appeared to have cottoned on to Sunderland's nickname - the Black Cats.

She proved a lucky mascot against Leeds United as Sunderland won 1-0 at the Stadium of Light.

It was a packed house at Huish Park as League One Yeovil took on Louis van Gaal's Manchester United. Even members of the press were struggling for a view.

Football and exams have never been a dream combination.

Championship side Sheffield Wednesday travelled to Premier League champions Manchester City hoping to cause an upset.

The dream looked like it was going to come true when Wednesday took a shock lead, but City roared back to win 2-1.

Here's how you saw the rest of the weekend's third-round ties.

Michael Welsh and friends were among the contingent of visiting supporters hoping League One Colchester could cause an early upset. 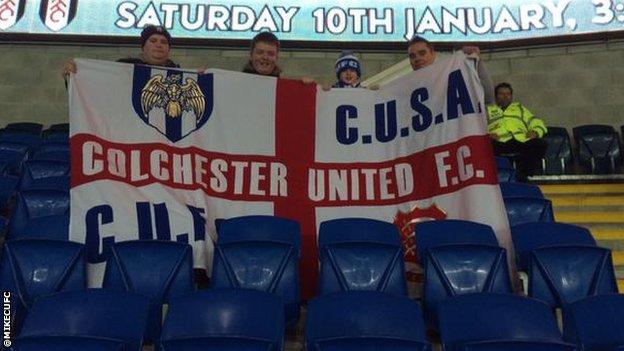 But Cardiff were the first team to reach the fourth round, winning 3-1.

For some, third-round weekend marked the latest stage on a long journey.

He even had the T-shirt to prove where he's been since the extra preliminary round.

Saturday's 17 third-round ties included Blyth Spartans - the lowest-ranked side in the draw - play host to Championship side Birmingham City at Croft Park.

Fans made sure their travel plans were well in hand.

Also on the road to Blyth were the team from Football Focus.

Despite the non-leaguers taking a 2-0 first-half lead through Robbie Dale's goals, Birmingham had the last laugh as their second-half comeback secured a 3-2 victory.

Conference side Southport were another non-league side looking to upset league opposition when they travelled to Championship Derby County.

But home fans were confident of avoiding a giant-killing...

....and Derby had a lucky escape as an injury-time penalty from Chris Martin secured a 1-0 victory.

New manager Chris Hughton took Brighton to fellow Championship side Brentford looking to progress to the fourth round...

...and it was a great start for Hughton as Brighton won 2-0.

League One Rochdale fans were confident of causing an upset at home to Championship Nottingham Forest...

....and once the final whistle had blown on a 1-0 win for Dale, here was their reaction. 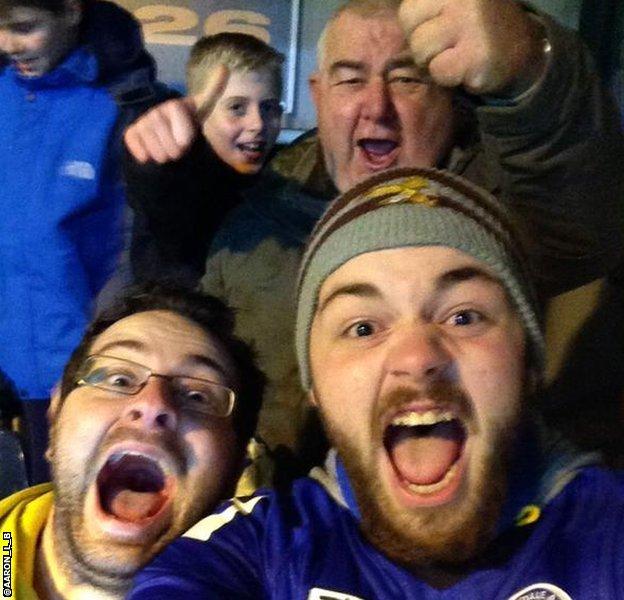 Share your FA Cup moments via #getcarriedaway and if your team has made it to the fourth round, tweet @BBCSport and tell us who you'd like to face using #mydreamdraw