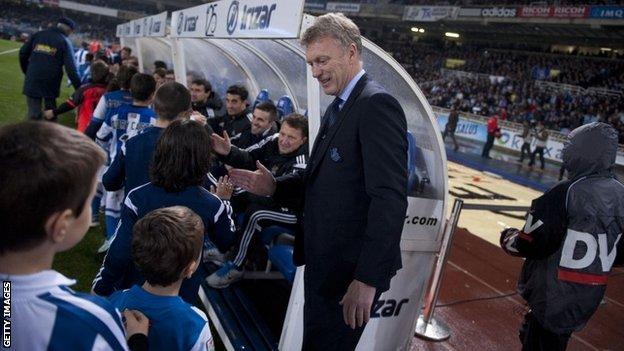 'David Moyes is a football genius' read the tongue-in-cheek message printed alongside an image of a startled-looking Manchester United manager.

With Sociedad languishing in the bottom half of the Spanish top flight, surely only a 'football genius' could mastermind a shock win against a Barcelona squad containing Lionel Messi, Luis Suarez, Neymar, Andres Iniesta and Xavi.

But guess what? That's what Moyes did as Sociedad earned a 1-0 win against the mighty Catalans.

BBC Sport looks at the social media reaction to the win.

Ex-Norway striker Jan Aage Fjortoft: Moyes should have a chat with Enrique about "how to manage at a great club, but too big for me". The two of them will have a lot to talk about

Stoke midfielder Charlie Adam: What a win for David Moyes against Barcelona tonight. 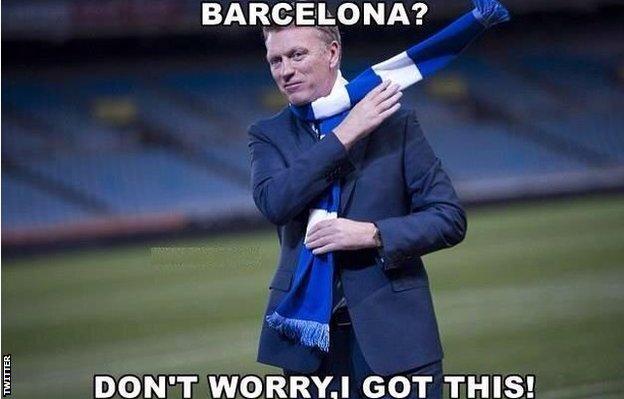 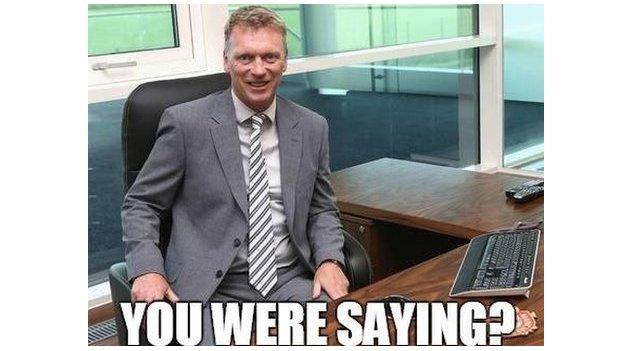 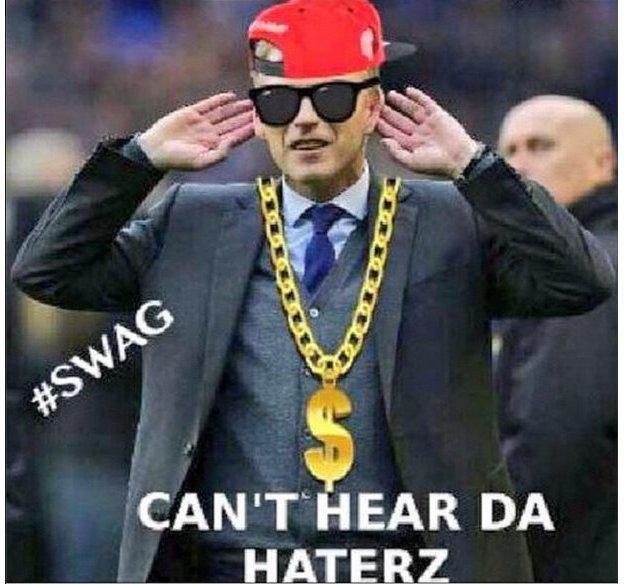 Independent chief football correspondent Sam Wallace: Almost a year to the day since Moyes' MUFC lost at home to Swansea in the FA Cup. Barca win the greatest result of his managerial career?

Sunday Times football correspondent Jonathan Northcroft: Grit and a gameplan give Moyes a fine victory against Barcelona. Real Sociedad played with the 'Everton' intensity he wanted to bring to MUFC