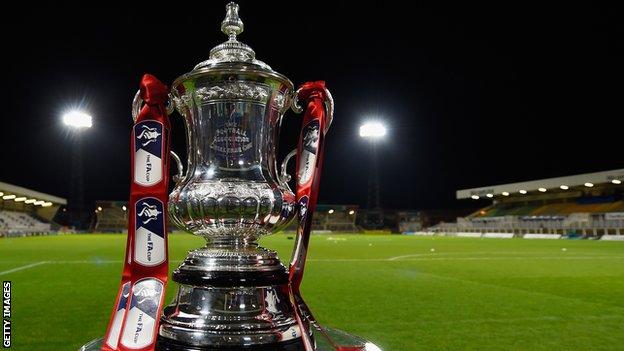 Swansea City have been drawn away to Blackburn Rovers and Cardiff City at home to Reading in the fourth round of the FA Cup.

The Swans secured their place in round four with a 6-2 win at Tranmere, while Championship side Blackburn won 2-1 at Charlton.

Cardiff beat Colchester 3-1 to set up an all-Championship clash with Reading, who won 1-0 at Huddersfield.

The fixtures will take place on the weekend of 24 January.

Swansea won 3-0 when they last faced Blackburn in the Premier League in 2012.

Gary Bowyer's Rovers are currently ninth in the Championship table.

"It's a winnable game but we know it's going to be difficult."

Cardiff, who are 12th, met 16th-placed Reading in the Championship earlier this season, winning 2-1 at the Cardiff City Stadium in November, 2014.

"We have got a few important league games prior to that, and then we will focus on the cup and we will want to get to the next round."