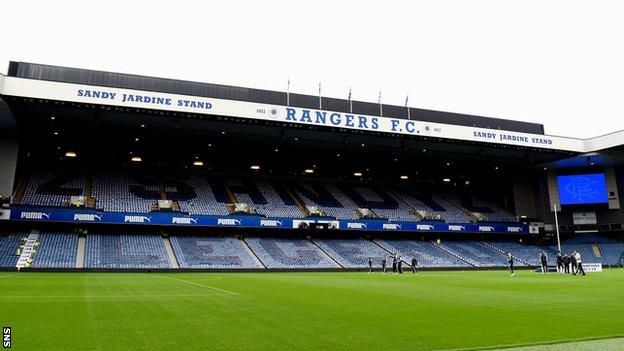 Rangers have assured the Scottish Professional Football League that they are not heading for administration despite their current financial troubles.

Ibrox chief executive Derek Llambias was called to a meeting at Hampden on Tuesday to clarify the situation.

That followed news of a late tax bill and the club revealing they need more cash before the end of the month.

The banker was hoping to take over the club but Rangers International Football Club insisted his bid undervalued the Championship outfit.

On Monday, Rangers' football chairman Sandy Easdale loaned the club £500,000 to avoid a winding up order

In a statement to the Stock Exchange, the club also confirmed they require fresh funding by the end of January.