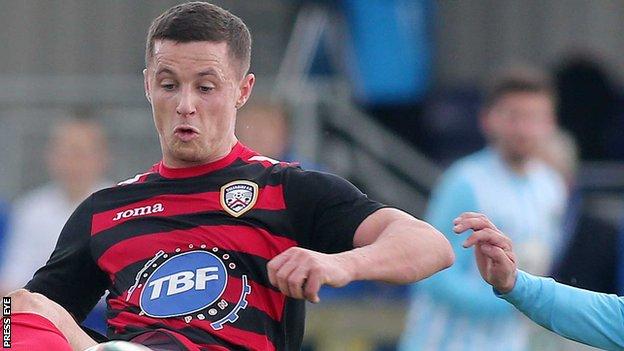 Coleraine's appeal against a three-point deduction for fielding suspended player Ruairi Harkin in an Irish Premiership fixture has failed.

Harkin appeared in Coleraine's 4-0 win on 1 November when he should have been serving a one-match ban.

Coleraine had argued they had not been told when the suspension was effective.

However, they have accepted the verdict and, although they will stay in seventh place, Coleraine will now be six points behind sixth-placed Glenavon.

In a statement on Wednesday night, Coleraine admitted there had been failings on the club's part.

They said measures had already been taken to make sure their internal process were improved.

However, Coleraine claimed there had been errors and inconsistencies on the part of the Irish Football Association.

As well as losing the three points, Coleraine were fined £350.

Institute have not been awarded the points and were fined £500 for breaking league rules by including keeper Eugene Ferry in the same match.

In the Premiership, on loan players are not allowed to play against their parent clubs, and Ferry was on loan from Coleraine at the time.