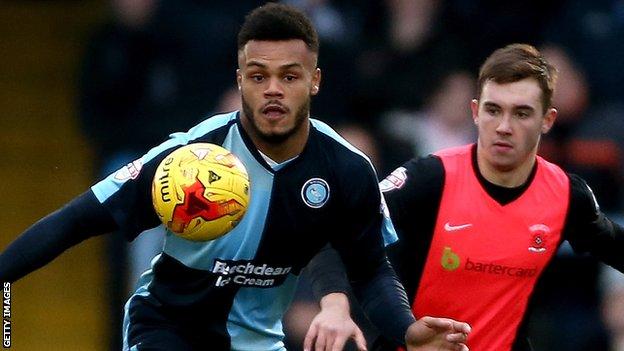 Wycombe Wanderers striker Aaron Holloway has signed a contract extension until the end of the season.

The 21-year-old, whose short-term deal was set to expire this month, has scored once in 15 games this term.

Gareth Ainsworth, manager of the League Two leaders, said: "We've always said that Aaron is a work in progress.

"He needed to be given the opportunity to build up his fitness and prove his potential. I'm really pleased with how far he's developed so far."

Meanwhile, midfielder Stuart Lewis has been released to join Conference South side Ebbsfleet, after making 168 appearances for the Chairboys since 2011.