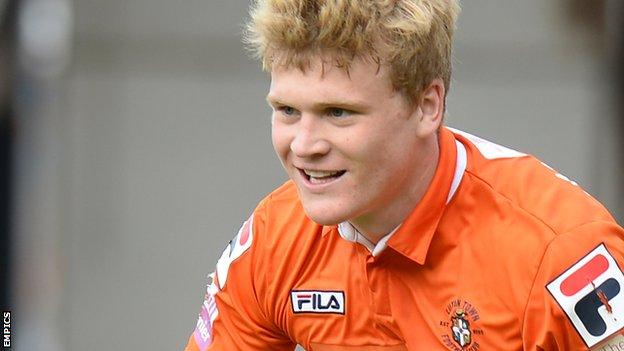 McGeehan, on loan from Norwich, rifled in the loose ball from Ryan Donaldson's low cross and Sullay Kaikai's turn and shot outside the box made it 2-0.

McGeehan tucked in Donaldson's centre and then Liam Hughes reacted quickest to his own shot against the post.

The victory lifted Cambridge up to 12th in the League Two table.

With half-and-half scarves already on sale outside the ground and a bumper crowd at the Abbey Stadium, Richard Money's side could be forgiven for being distracted ahead of next week's televised fourth-round tie against the Premier League giants.

But they seemed inspired by it, with McGeehan, Donaldson and Palace loanee Kaikai causing all sorts of problems for the Exiles defence.

They could have scored more, with Kaikai squandering a one-on-one in the first half and forcing Joe Day into two sharp saves near the end.

For Newport, who rarely threatened U's keeper Chris Dunn, this was only a second defeat in 15 league games, and they drop out of the automatic promotion places to fifth.

Newport manager Justin Edinburgh told BBC Radio Wales: "We had too many people that performed under-par today. You may be able to carry one or two but when you only get one or two that perform to their capabilities then it's always going to be an uphill battle.

"Credit to Cambridge, they certainly didn't allow us the room to play, they pressed us hard and we just weren't able to deal with it.

"It hurts me because we've had good travelling support, as we have always, and today was one of those days when we haven't sent them home with anything to cheer about.

"That's the frustrating fact that we've been on a very good run, an extremely good run, but that's a wake-up call."