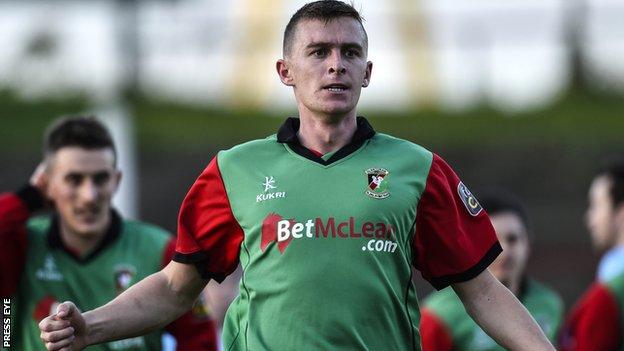 Glentoran have announced they have put their defender Jay Magee on the transfer list for disciplinary reasons.

The 26-year-old has spells with Ards and Glenavon before joining the east Belfast club in October, 2013.

Magee was not in the Glentoran team which defeated Ards 2-0 in Saturday's Irish Cup fifth round game at the Oval.

"I've always supported Glentoran and once they came in there was no other club I'd go to," Magee told the club website before he was listed on Sunday.