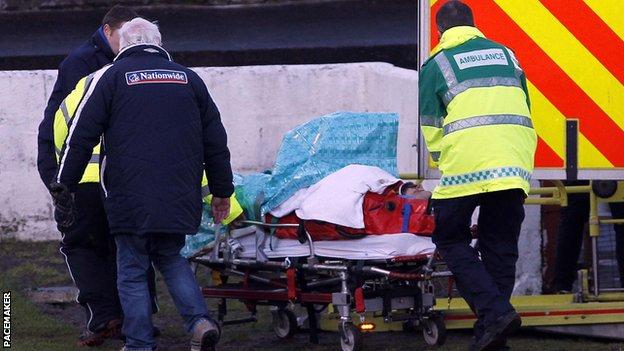 Larne football player Scott Irvine is in a stable condition in the Royal Victoria Hospital after suffering a fractured skull in an Irish Cup game.

The player is undergoing further scans to assess the extent of the injury.

Irvine received lengthy medical attention before being taken to hospital and the match was abandoned.

The injury happened when Irvine banged his head after a challenge with a Carrick player.

Initially, there was extreme concern from players and officials who were close to the incident.

The referee decided to call the game off and a new date for the fifth round East Antrim derby match will be arranged.