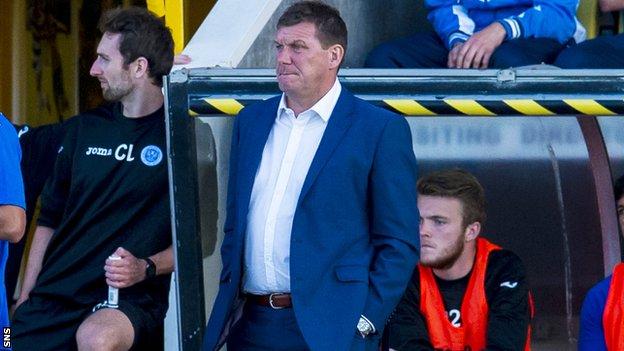 The 18-year-old has signed on at McDiarmid Park after impressing Wright during a weeks's trial at the club.

"He has real composure which allows him to score all types of goals," said Spartans boss Dougie Samuel.

And the Lowland League side's manager added: "George has demonstrated a fantastic work ethic and desire to improve, to be the best he can be. He has earned this wonderful opportunity and we all wish him well."