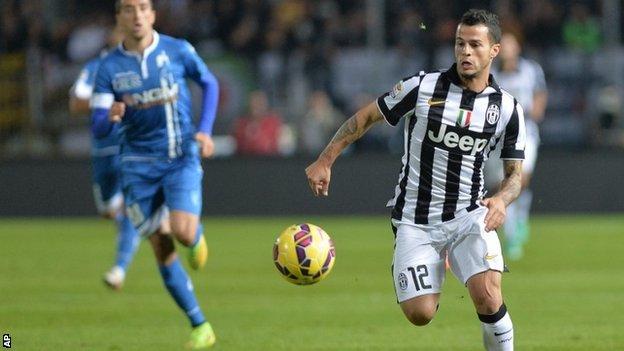 The 27-year-old, who has won 21 caps for his country, will join Jozy Altidore up front for the Major League Soccer side after they signed the US striker in exchange for Jermain Defoe.

Ex-Empoli and Parma forward Giovinco has played 131 times for Juve, but has only made 10 appearances this season.

His last appearance for the club was as a late substitute in Sunday's 4-0 win over Verona.

Giovinco will join Toronto, whose season starts in March, at the end of the Italian Serie A season.