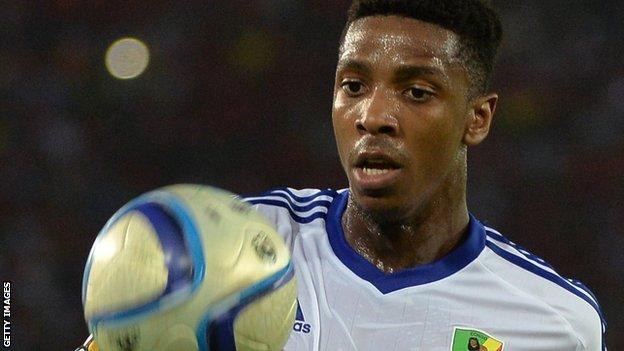 Congo striker Dominique Malonga believes his side will beat Gabon in their Nations Cup Group A match on Wednesday if they play with intensity.

"We have a big game against Gabon. We know exactly what we have to do and we have to be focused, "Malonga said.

"Gabon are a good team, you have to have good intensity for all of the game and I think we can win."

Malonga, who plays his club football for Scottish side Hibernian, also paid tribute to coach Claude LeRoy, who he feels is vital to the team's chances of success.

"He is really important as all the pressure is on him and he has big experience," Malonga said. "He talks so much with everyone and he knows the competition so well- we are happy to have a coach like that."

LeRoy had to draw on all his experience to boost his side after a poor first half against Equatorial Guinea left them trailing 1-0, but he said after the game that he expects his team to improve as they become more accustomed to the high-level competition.

It is a steep learning curve for the Congo players, all 23 of whom are playing at the Nations Cup for the first time.

Malonga is eager for his side to carry on where they left off in the second half against Equatorial Guinea.

"There was intensity in the second half we played very well." he said. "Against Gabon we have to attack very well to try to score.

"All is possible for us - it is a very important game and we are ready to compete."