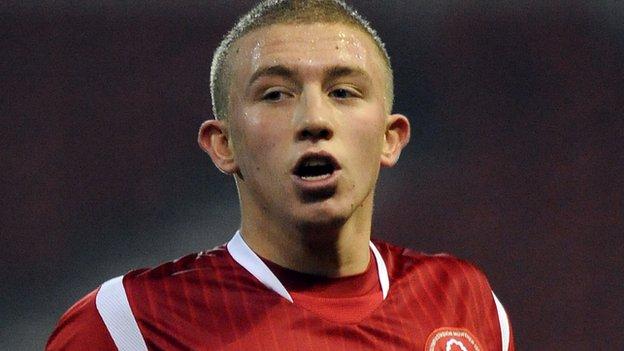 Thomson spent time on trial with the Blues during pre-season, but ended up joining King's Lynn where he has scored 22 times so far this season.

The 22-year-old started his career at Nottingham Forest, but moved into non-league with Hinckley and Histon,

"We wanted to sign him earlier but we weren't able to do so after his spell in pre-season," said boss Steve Burr.

"However I have followed his progress since he returned to Kings Lynn, and he's done very well for them, scoring plenty of goals,"

Chester have also announced that midfielder Danny Harrison has left the club after his contract was cancelled by mutual consent.