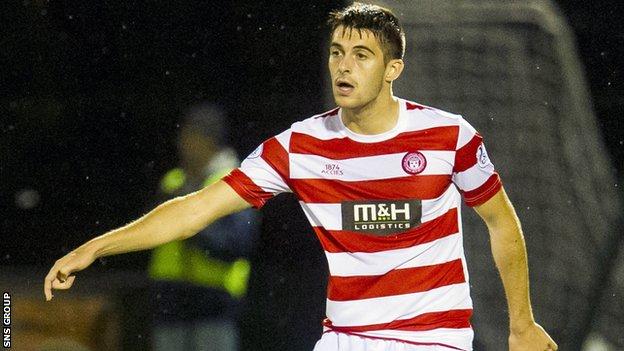 Hamilton full-back Stephen Hendrie has been the subject of an offer in excess of £2m from West Ham.

However, the London club has not been back in touch to formalise their bid, with the Accies happy to proceed with the sale of the 20-year-old.

Hendrie is out of contract at the end of the season.

The Scotland Under-21 international has made more than 100 appearances for the Lanarkshire side since making the breakthrough in 2011.

Earlier this month, Hendrie talked to BBC Scotland about a possible move to the English Premier League, saying: "That's my dream."

Meanwhile, Hamilton have received close to 100 applications for the managerial vacancy at New Douglas Park and hope to announce a replacement for Alex Neil before the weekend.

Accies are charging a 10p entry fee for the match in tribute to Neil and McAvoy.