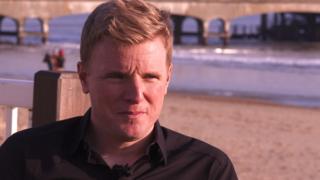 More to prove at Bournemouth - Howe

Manager Eddie Howe aims to keep "proving" himself at Bournemouth and says he will not get too "comfortable" despite the recent success at the club.

Bournemouth are currently top of the Championship and have the highest goal difference, courtesy of a number of superb results such as the 8-0 away win against Birmingham City in October.

They face another West Midlands club in the FA Cup on Sunday in the form of Premier League opponents Aston Villa, who have only scored 11 goals in the league all season.