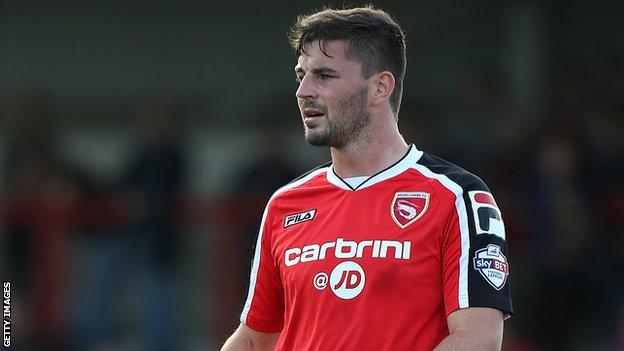 Morecambe had to settle for a fifth consecutive league draw as Padraig Amond's equaliser secured a point against AFC Wimbledon.

The visitors went ahead when Adebayo Akinfenwa showed composure and skill to tee up Jake Reeves for a low drive.

But Amond got in front of his marker from Laurence Wilson's cross to head past James Shea before half-time.

The Shrimps looked more likely to pinch a late winner, but Amond volleyed over from outside the area in added time.

"I think we over-played in the first half. There were times we had passages of play and we ended up with no end product and we probably turned down several opportunities to put good crosses in the box.

"I thought we were the better team in the first half, their goal in the 40th minute knocked the stuffing out of us a little bit, and up until then it was comfortable.

"This was a tough place to go, they're a good team and they don't lose many games and they've come at us. At that point we had to dig in and show different skills.

"We didn't really get our transition from defence to attack right, there were loose passes and the ball kept coming back because we didn't get that right."