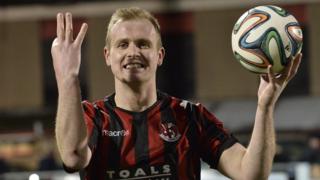 Linfield are level on points with Portadown and, with two games in hand, they would appear to be the Crues' mean contenders for the league crown.