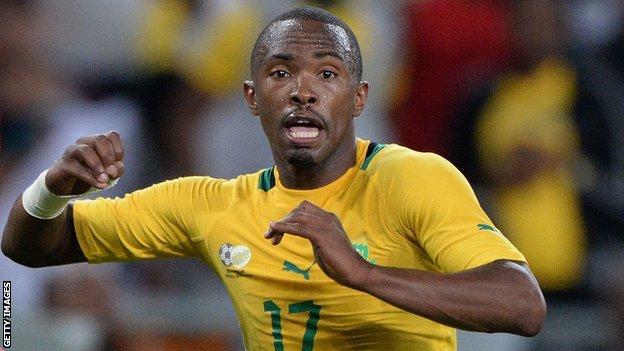 Bafana Bafana have only a draw and a defeat to their name so far, despite creating most of the attacking football against both Algeria and Senegal.

"The coach [Skakes Mashaba] has asked us many times - when are you going to shoot," Parker said.

"It is just up to us, the players, to choose our moments."

South Africa took the lead against Algeria but went on to lose 3-1, and they should have scored more in the 1-1 draw with Senegal as well.

Parker believes they have to harness their creativity in front of goal.

"We're good in combining, we're good at clicking well in the final third but we don't get the final pass or take the initiative," he told reporters in Mongomo.

"I don't think maybe we're aggressive enough in terms of taking responsibility in the final third."

Coach Mashaba singled out a reluctance to shoot as their biggest single failing - especially after the Senegal game.

With Bafana Bafana needing to win to have any chance of progressing, Parker and his colleagues know they must find their scoring boots - or go home at the first hurdle.