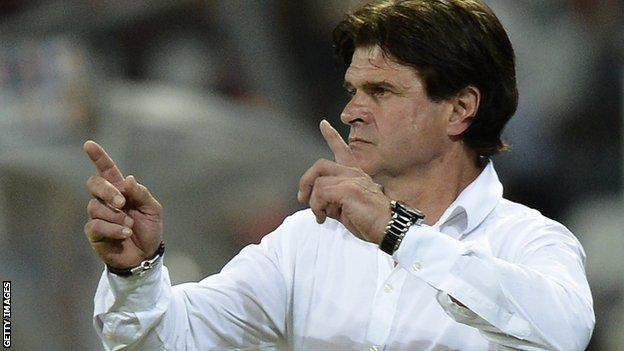 The 60-year-old former France international and Togo coach has been set an objective of winning gold at Indian Ocean Island Games in August.

Sports Minister Yogida Sawmynaden confirmed the appointment of Six, who will be paid US$10,000 per month.

Sawmynaden said: "This has been done with a view to sustaining the professionalisation of football."

Six has also been tasked with qualifying the team for the Cosafa Cup, the CHAN and the Africa Cup of Nations 2017.

The Frenchman has experience of high-level football in Africa, having led Togo to the quarter-finals of the Nations Cup in 2013.