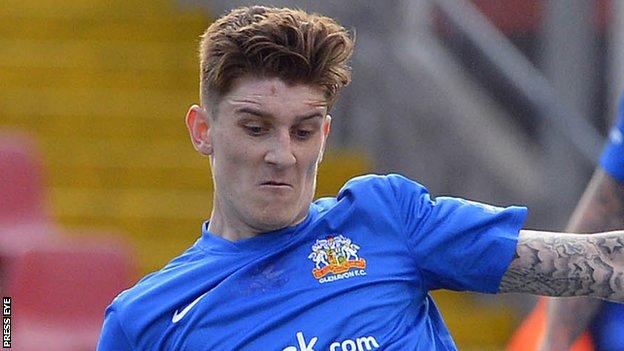 It was believed that McNally was on his way to Warrenpoint but the Sky Blues came in with a late move for the Northern Ireland U21 international.

The 20-year-old has also played for Glenavon and Cliftonville.

However, Warrenpoint did manage to bring in ex-Linfield reserve striker Jonny Frazer, who came through the youth system at Windsor Park.

Warrenpoint are in their second season in the Irish League's top division.

They are one from bottom in the Premiership table and are away to Glenavon this Saturday.