Destro, 23, has moved to the club on loan with a view to a permanent deal and was greeted by fans at Milan central station.

"It's been a wonderful welcome," Destro said. "I can't wait to get on the pitch and play." 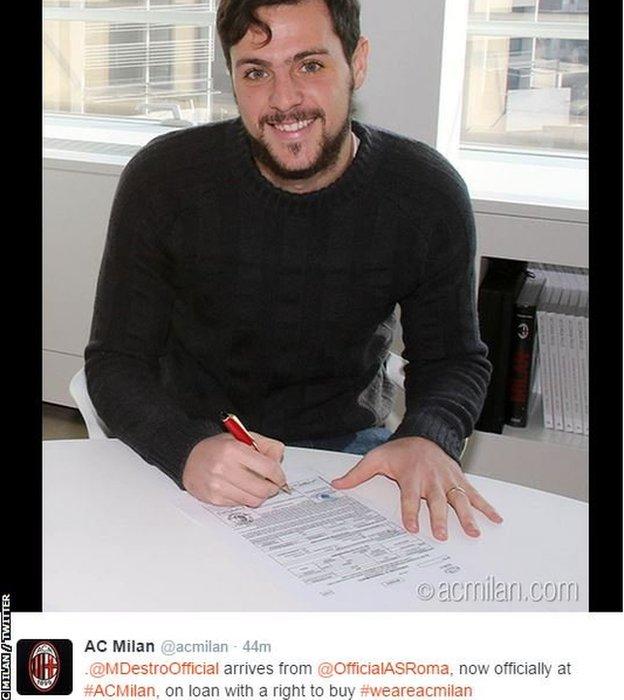 Destro was in Italy's provisional squad for the 2014 World Cup finals in Brazil but was left out of the final 23-man squad.

AC Milan had earlier announced on their website that Destro had arrived in the city for a medical at the club.

Destro, who has played for Italy at every age level, joined Roma in the summer of 2012 from Siena.

Roma coach Rudi Garcia said: "He's a quality player, but he wanted to have more frequent playing time and we've granted him that.

"We'll sign a replacement before Monday. In any case, I would've liked to have seen more support for Destro while he was here. Defending a Roma player is the fans' job - he had a good record and is a quality young player."