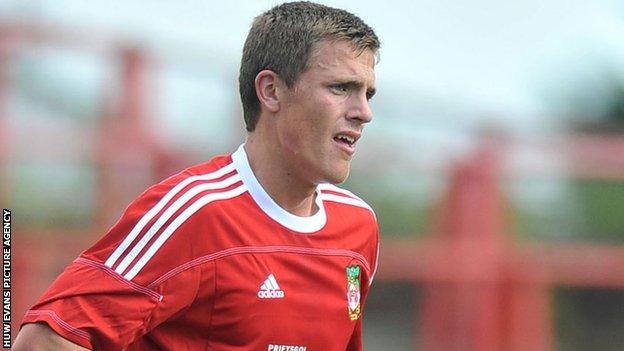 Nuneaton, now unbeaten in seven games, climb a place to 21st in the Conference table, five points adrift of safety.

Wrexham manager Kevin Wilkin, making his first return to Liberty Way since leaving Boro to join the Welsh side a year ago, hinted that Sunday's trip to Wembley may have had an impact on his side's performance.

Boro had keeper Daniel Lincoln making his debut, having been brought in a week's loan from Championship side Reading.

He will act as cover for two games while Sam Crocombe is away on international duty with New Zealand - and started with a clean sheet.

"That's seven games unbeaten, definitely not relegation form. There's momentum behind us now and we're doing all we can to stay in touch.

"We just hope we haven't left it too late. But, if a couple of teams above us slip up, you never know. Stranger things have happened.

"It's nice to get one over on your former manager but, at the same time, I like Kevin Wilkin and want to see him do well. And it's no more valuable coming from a team managed by him as long as you get the three points."

"I do think people have got half an eye on it, playing so soon so close to Wembley.

"I don't want to make excuses for players, but I'm glad tonight's out of the way and we can focus on Sunday."